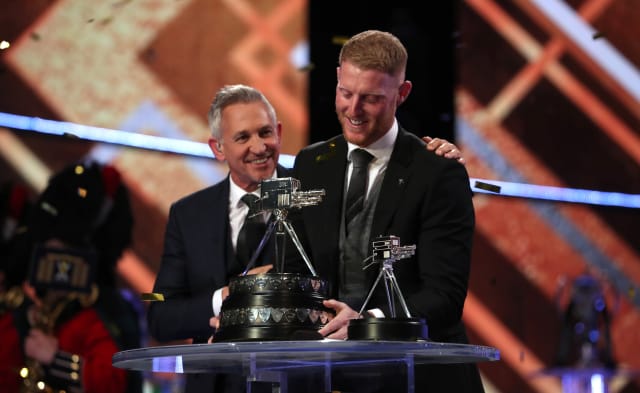 The BBC has said it was "impossible" for Gary Lineker to know the winner of the BBC Sports Personality of the Year award before voting had opened.

The former England striker, presenting alongside Gabby Logan and Clare Balding, described cricketer Ben Stokes as the "main award winner" rather than a contender when welcoming him on stage in Aberdeen halfway through the show.

Stokes, who led England to World Cup glory and produced arguably one of the greatest Test innings ever seen in the Ashes, went on to win the public vote ahead of racing driver Lewis Hamilton and athlete Asher Dina-Smith.

Lineker corrected himself during the live show and later apologised for his error on Twitter, saying: "I wish I was that smart. I just f***** up. The voting hadn't even opened at that stage. Apologies."

He later joked: "Congratulations to @benstokes38 on a deserved win. What a summer he gave us cricket fans. Never saw it coming, honest."

And the BBC said in a statement Lineker could not have known the winner before the phone lines opened.

A spokesperson said: "Gary's comment was human error and he corrected himself as soon as possible on air. It's impossible for Gary, or anyone else, to know the winner before voting opens."