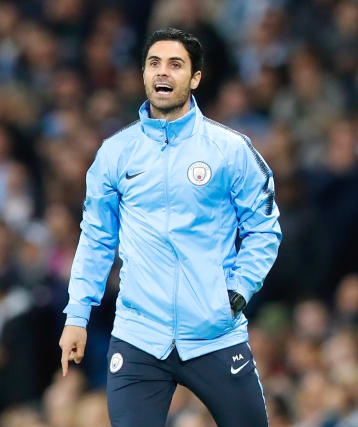 Arsenal appear to be closing in on appointing Manchester City assistant coach Mikel Arteta as their new boss.

City will not stand in Arteta’s way should he wish to take the job, but the PA news agency understands the Premier League champions are not impressed with the conduct of Arsenal and will demand a seven-figure sum in compensation should the Spaniard leave.

Speculation linking the former Gunners captain with the vacancy at the Emirates Stadium has intensified after pictures emerged of Arsenal managing director Vinai Venkatesham outside Arteta’s house in the early hours of Monday morning.

It is understood City are unhappy that the London club did not ask for permission to speak to Arteta and are especially annoyed because City played at Arsenal on Sunday and no approach was made when club officials met.

City, however, do not have an issue with the 37-year-old and will allow him to make his own decision.

The situation could become clearer on Tuesday, with City boss Pep Guardiola due to give a press conference ahead of his side’s Carabao Cup quarter-final against Oxford.

Arteta played more than 100 times for Arsenal – his final club before retiring.

He joined City’s coaching staff in 2016 and is now the red-hot favourite to succeed Unai Emery in the Emirates dugout.

Sunday’s 3-0 defeat to City increased the need for the Gunners to end the uncertainty over the manager’s position, leaving the club as close to the relegation zone as they are to the top four.

Interim head coach Freddie Ljungberg replaced Emery following his sacking last month but has won just one of his four league games at the helm, while the club are on a run of just one win from 12 games in total.

Nicolas Pepe, though, insists it is up to the Arsenal players to “wake up” as he refused to point the finger of blame at Ljungberg.

“Us players have to do better quickly,” Pepe said. “We have won only one game out of the last 12. It is not enough, we are Arsenal.

“It is about us, not the coach or anything else. We have to wake up quickly, starting against Everton (next Saturday).

“Freddie tries hard, he talks to us, but nothing has changed much in terms of results. It’s down to us the players, not the coach.”

Manchester United cruise past Tranmere in FA Cup fourth round