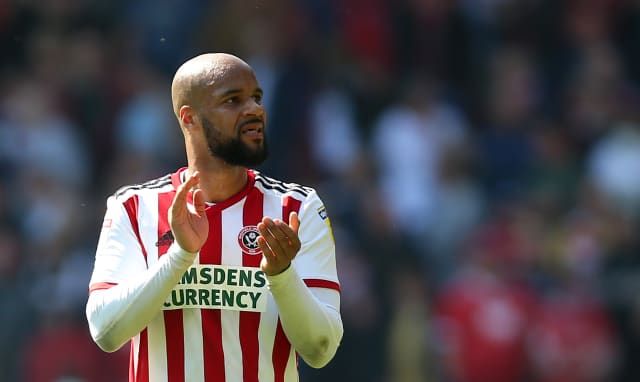 The Republic of Ireland international scored 15 times last season to help fire the Blades to promotion but he has yet to get off the mark in the top flight, last finding the back of the net for the club in April.

McGoldrick had a couple of close-range chances to break his duck against Aston Villa on Saturday but on each occasion failed to get the right connection.

The 32-year-old did provide the assist for John Fleck’s second goal in the 2-0 win and Wilder insists he brings much more to the team than just goals.

“It’s plain and obvious what he brings to the team. He knows, I know, the supporters know, his fellow players know. They all know. He just needs a goal to get himself up and running,” said Wilder.

“I know Flecky got the man of the match award with his two goals but yet again Didsy’s (McGoldrick) performance was absolutely top drawer.”

The defeat at Bramall Lane was a third straight loss for Villa and a fifth in the last seven Premier League matches. However, boss Dean Smith insists his side are not suffering from a crisis in confidence.

“That’s only your perception that confidence is low,” he said. “We’ve lost three games against teams who are in the top 10. It’s a tough league.

“Football changes very quickly. As I’ve said this week, it was two games ago, and now it’s three games ago, we came off the pitch at Old Trafford and getting lauded for a really good performance after we dispatched Newcastle. It just needs a bit of perspective.”

Conor Hourihane missed the defeat to Sheffield United but Smith hopes the midfielder will be fit for this week’s Carabao Cup quarter-final tie against Liverpool.

“He was struggling in training yesterday (Friday) so, yeah, he should be okay for Tuesday I think but I’ll find out.”