The highs and lows of Ben Stokes’ career 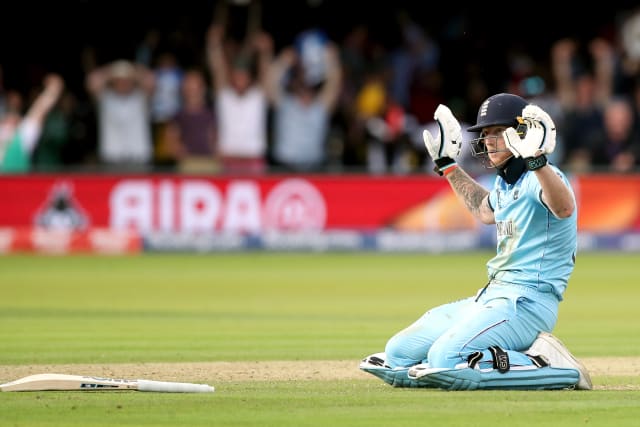 The 28-year-old led England to World Cup glory and also levelled the Ashes with a remarkable unbeaten century at Headingley.

Here, the PA news agency looks at the highs and lows of Stokes’ eventful career.

January 2016 – Smashes the second-fastest double-century in history with a thunderous 258 during the winter Test tour to South Africa.

May 2019 – Produces superhuman one-handed catch diving backwards on the boundary during England’s win over South Africa in the first game of the World Cup.

July 2019 – Hits 84 not out to ensure England tie with New Zealand in the World Cup final at Lord’s before starring in the Super Over to lead his side to glory.

August 2019 – Helps England, chasing 359, level the Ashes with an astonishing unbeaten 135 in a one-wicket victory at Headingley.

December 2019 – Completes a remarkable year by winning BBC Sports Personality of the Year.

December 2011 – Arrested for obstructing a police officer on a night out in Cumbria.

February 2013 – Sent home from an England Lions tour of Australia after flouting rules on drinking.

March 2014 – Ruled out of the World T20 after breaking his hand punching a locker.

April 2016 – Hit for four consecutive sixes by Carlos Brathwaite in the last over as West Indies beat England by four wickets in the World T20 final.

June 2016 – Fined after being caught speeding for the fourth time.

September 2017 – Arrested on suspicion of actual bodily harm following a disturbance outside a nightclub in Bristol. Misses the Ashes and is stripped of the England vice-captaincy as a result.

August 2018 – Found not guilty of affray by a jury at Bristol Crown Court.