Lennon would be loath to let Gordon leave Celtic 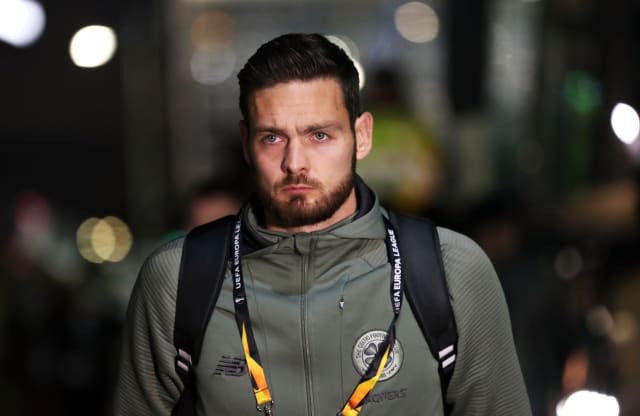 Neil Lennon admits he would be “loath” to lose Craig Gordon after the back-up goalkeeper sat on the bench again while Celtic returned to the top of the Ladbrokes Premiership with a 2-0 home win over Hibernian.

The 36-year-old Scotland international, whose contract is up in the summer, has played second fiddle this season to Southampton loanee Fraser Forster, but took over for Thursday’s Europa League dead rubber against Cluj in Romania.

Afterwards he revealed there have been no talks about a contract extension and that he wanted more game time but Forster returned between the sticks against Hibs, with goals from 19-year-old right-back Jeremie Frimpong and French striker Odsonne Edouard taking Celtic two points clear of Rangers, who had leapfrogged them earlier in the day with a 2-0 win at Motherwell.

Lennon described the performance against Hibs as “outstanding, we should have won by a lot more,” before addressing Gordon’s concerns.

The Parkhead boss said: “I had a wee chat with Craig on Saturday.

“He’s a player I’d be loath to let go or want to see go out the door because he’s a quality goalkeeper.

“Fraser is the number one currently and if anything happened to him then Craig is a ready-made replacement to step in.

“From a selfish point of view I want him to stay. He might have his own principles and want to play himself.

“It’s a situation not of Craig’s making. He’s a great pro and I get the fact he might want to play more games.”

Out-of-favour winger Scott Sinclair, who also made a rare start against Cluj, has been quoted as saying he wants more minutes at Parkhead .

However Lennon, who hopes to have missing Ryan Christie, Jonny Hayes, Mohamed Elyounoussi and Mikey Johnston back from various injuries for Wednesday’s trip to Hearts, said: “I’m not aware of those quotes at all. We will have a chat with Sincy going forwards.

“It’s been a difficult period for him because of the quality in front of him at the minute.”

Hibs boss Jack Ross revealed he had to replace keeper Ofir Marciano with Chris Maxwell for the start of the second half due to a calf injury.

He said: “It worsened at half-time and we didn’t want to take any chances in terms of how that would affect him.

“It is unfortunate because it is not a substitute you expect to have to make and it uses up one and you need all three when you are at this type of venue.

“We will assess it tomorrow morning and see how he is.

“I have said to the players that I don’t want a mindset that we are happy to come to places like this and get a pat on the back and say we were competitive but lost the game.

“But we did remain competitive, so I’m slightly contradicting myself.

“But we were playing against a good team with good players. I thought they were at it today which meant we had to play reasonably well to stay in the game and we did that.”