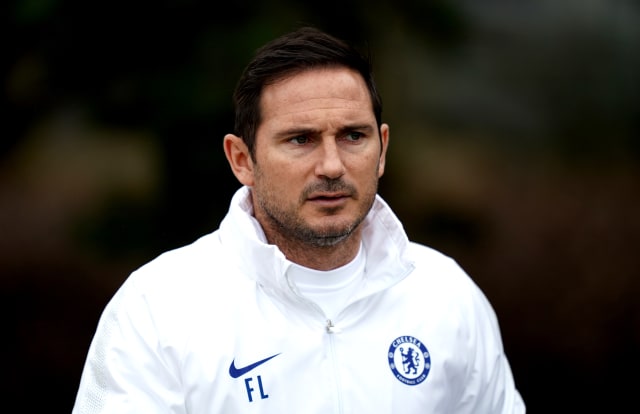 Frank Lampard has refused to haul Chelsea’s players in for extra training despite growing frustrations with the Blues’ Premier League form.

Dan Gosling hacked the ball over his head and into the net past a stranded Kepa Arrizabalaga with the goal awarded after a Video Assistant Referee (VAR) check.

Chelsea failed to open up Bournemouth’s low block, leaving Lampard admitting there is already enough work ahead before Saturday’s derby trip to Tottenham without adding to that load.

“So I’m not going to stand here and draw a line between me and my staff and the players. I understand how they feel and I feel like it now.

“So it won’t be a hard week where I get them in on Sunday morning and watch the video for two hours.

“We’ve got a long week where they can go away a little bit and have some time with their families, and when we work we work properly, and we focus on the Tottenham game.

“I can’t find anyone wanting in terms of how we apply ourselves.

“But what we do on the pitch is the main thing. And at the minute we do have to understand that it’s not good enough.”

Tammy Abraham battled manfully up front against the Cherries but to no avail and with precious little service from Chelsea’s vast array of talented but underwhelming creative stars.

Lampard believes he has the resources to make changes for the Tottenham clash, saying: “That’s something that I’ll always look at every week.

“The players have to show they deserves to come in and make a difference, particularly in a moment like now.”

Former Everton midfielder Gosling’s goal ended Bournemouth’s string of five straight league defeats that had left the Cherries fretting on the source of their next victory.

The 29-year-old has finally shaken off an injury glut, leaving boss Eddie Howe delighted for one of his most popular players.

“Dan’s had a couple of injuries which has been a real blow to us, because he’s never, ever let me down,” said Howe.

“He came back into the team for this match because I felt we needed his work-rate and honesty on the pitch. And he took that goal very well.”