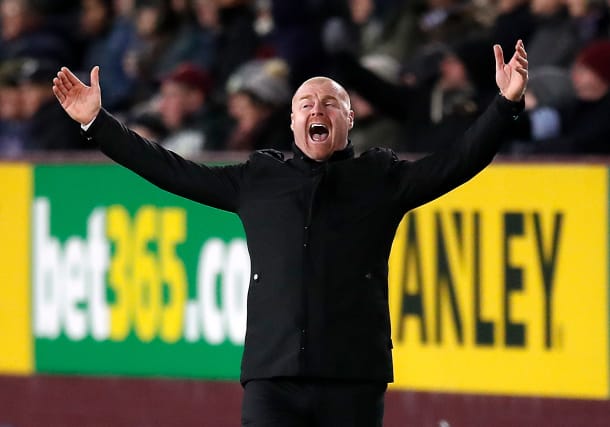 Sean Dyche claims Burnley will always be “a work in progress” in their annual battle to remain in the Premier League.

After a run of three successive defeats, the Clarets scraped a 1-0 win over Newcastle on a bitter Lancashire day at Turf Moor that was hit by rain and sleet.

It was an ugly game, with Chris Wood’s 58th-minute header for his seventh goal of the season the difference.

But within it was a performance that delighted Dyche a week after his side had been hammered 5-0 at Spurs, sparking talk of doom and gloom.

“The margins are often tight for us,” said Dyche. “We’re always a work in progress. It’s not throwing money at it and bringing all sorts in. It’s constant development, it’s little edges, little increments.

“A lot is down to the players, just their know-how of the Premier League and how they keep getting more and more experience within it.

“I liked our calmness. People start writing things about bad runs, tough runs, but there was a calmness to the performance, and I was really pleased with that.

“I thought they put in a good performance, knowing it was an important game because we have had a tough run, but handling that and delivering.”

Prior to the thrashing by Tottenham, Burnley had lost their last two home matches – 2-0 to Crystal Palace and 4-1 to Manchester City.

Aside from the calmness, Dyche also felt “there was an edge to our play. The couple of games before we didn’t have that”.

He added: “I said to the players last week (after the game at Spurs), ‘Look, they’re a good side, and we know that’.

“Against Newcastle there was none of that. We had a forcefulness to our play, a deliberate edge to our play, and in the end it’s got us a nice win.

“I don’t think it was a game of amazing chances, but you’ve got to find a way of winning those games, and we’re good at that. Over the time I’ve been here, we’ve been good at that, and I thought we edged it enough to win this one.”

Newcastle went into the game hit by injuries, losing Allan Saint-Maximin and Ciaran Clark during last week’s home win over Southampton, and then Jonjo Shelvey and Miguel Almiron in training in the week to add to the trio already on the sidelines.

Boss Steve Bruce is hoping there is relief for the next game at home to Palace.

With regard to Shelvey and Almiron, in particular, he said: “We were down to a bare 16, with seven or eight missing.

“We hope they’re not too serious. It would have been a huge risk playing both of them. I couldn’t afford to do that. We hope they’re there or thereabouts for the weekend. We will see.”