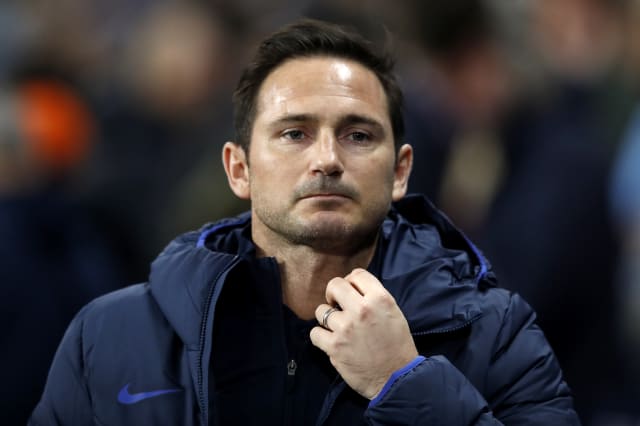 A frustrated Frank Lampard has challenged Chelsea to “have the balls” to carve open teams that set out to shut them down.

Former Blues midfielder Lampard criticised his players for lacking the urgency to beat Bournemouth’s impressive low block, in the same way Chelsea struggled in recent losses to West Ham and at Everton.

The ex-Derby boss Lampard even conceded Chelsea’s fans had the right to be underwhelmed by what they had seen at Stamford Bridge, amid a flat west London atmosphere.

“In front of our home fans it’s clear now that we’re not playing well enough, not getting enough results,” said Lampard.

“We just didn’t get the fans excited enough.

“The fans shouldn’t be excited if we’re going to play 10 balls across the back four, they shouldn’t be. And that’s not the team I want to manage.

“I’m a Chelsea man and everyone knows that, and I would be the first to say if the fans were flat.

“So I won’t blame the fans, they come here to support the team, they will come to Tottenham next week and they’ll come to Southampton on Boxing Day.

“And some responsibility is on the players to excite them, to have the personality and have the balls to take the ball in an area and beat someone or play forward.

“We need more urgency in our play, if you’re transferring the ball, transfer it quickly.

“If you’re playing through the lines, if you’re an attacking player, get at people, do things that are positive, don’t play safe. We play generally too safe through the game.”

The goal was awarded after a VAR review, with Cesar Azpilicueta failing to clear off the line and Philip Billing rightly judged inactive as he was retreating and not interfering with play.

A delighted Cherries manager Howe admitted hoping his side’s change in fortunes can spark a run of positive results.

“We just needed a slice of luck, for something to bounce our way,” said Howe.

“That could be the moment that turns our fortunes, gives us belief and confidence again. I saw in us a really good team in the second half.”