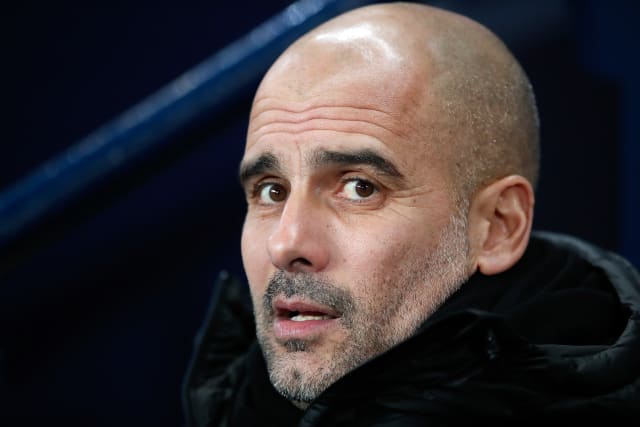 Pep Guardiola insists Arsenal’s recent problems will not prevent them providing Manchester City with a big test this weekend.

The Premier League champions travel to the Emirates Stadium on Sunday expected to get back to winning ways after last weekend’s damaging loss to Manchester United.

Arsenal have endured a difficult campaign to date, with manager Unai Emery sacked last month and last Monday’s victory over West Ham being their only success in 11 matches in all competitions.

The Hammers victory, under caretaker boss Freddie Ljungberg, was also unconvincing, coming against another struggling side.

Nevertheless, Guardiola – with his own side having surprisingly lost four times this term – is taking nothing for granted.

The former Barcelona boss said: “I have not watched the previous games with Unai, I watched the games they played with Ljungberg to try to figure out what they’ll try to do.

“But normally Arsenal have a typical style of play. If you let them play, they have the quality to play. Arsenal away is always a big test for any team.”

Ljungberg is a fans’ favourite at Arsenal having been a member of the club’s 2004 ‘Invincibles’ side and has lifted the atmosphere in the past four games. Emery’s reign had ended in dismal fashion after a run of seven games without a win.

Guardiola said: “It was a position after the Unai Emery situation, the club decided on him, of course a person who has had many years at the club.

“He knows the feelings of the club and the fans, the way they like to play. He made a good result the last weekend so we’ll see.”

Guardiola’s highly-rated assistant Mikel Arteta, another former Gunners player, has been linked with the Arsenal vacancy.

Arteta, 37, was also a contender when Arsene Wenger left last year. Guardiola has said he expects Arteta to become a manager one day, and would allow him to leave with his blessing, but only when he feels the time is right.

Veteran playmaker David Silva is also a doubt after a blow to the leg in the derby last Saturday.