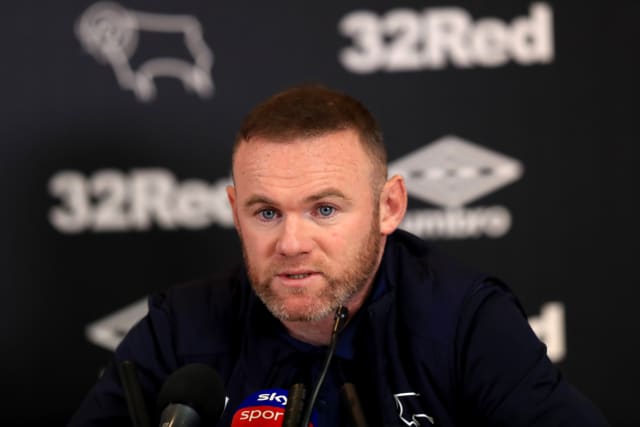 Wayne Rooney has admitted his frustration at not being able to play for Derby.

The former Manchester United and England captain is unable to make his debut for the Rams until January, after signing an 18-month contract following his departure from Major League Soccer side DC United.

The visit of Barnsley to Pride Park on January 2 has been pencilled in for Rooney and he insists he is ready.

“It’s obviously frustrating training throughout the week and not being able to play,” said the 34-year-old. “Training the day before a game is the worst day as the players don’t do too much so it’s been one-on-one with the fitness coach today.

“It’s frustrating because I am ready to play. I’ve just really been topping up my fitness and ticking things over since (leaving America) and if the game was tomorrow I would be able to play.”