5 talking points ahead of the Premier League weekend 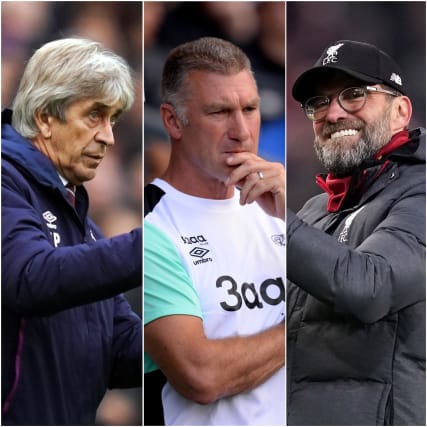 The Premier League season has almost reached its halfway mark, with the games coming thick and fast during a busy period of the campaign.

Here, the PA news agency picks out five of the main talking points heading into this weekend’s round of fixtures.

Jurgen Klopp signed a new contract with Liverpool on Friday to keep him at Anfield until the summer of 2024 and he will expect to celebrate with three points against basement club Watford. It is a significant game for the Reds, with this their last in the league until Boxing Day due to their involvement in the Club World Cup. When Liverpool do return to top flight action, it will be against nearest challengers Leicester and they will want a healthy lead.

While Klopp will hope for a routine afternoon against Watford, new Hornets manager Nigel Pearson will want to see some type of encouragement from his players at Liverpool. He could not have been tasked with a more difficult opening fixture, but the division strugglers will be compact and organised and try to make life tough for the league leaders.

Will Pellegrini survive until Christmas?

West Ham head to Southampton knowing a defeat could result in experienced boss Manuel Pellegrini losing his job before Christmas. The Hammers are not in action again until Boxing Day, as they were due to face Liverpool, and the break between fixtures may give co-chairmen David Sullivan and David Gold enough time to act. But if Pellegrini’s side can taste victory, like they did at Chelsea, it may give him another stay of execution.

Can Ljungberg make a case against City?

After a tough start to life in the Arsenal managerial hotseat, Freddie Ljungberg claimed a maiden victory in charge over West Ham on Monday and followed it up with a point at Standard Liege. On both occasions the Gunners were behind before hitting back to achieve a positive result. While that is a pleasing trait for the Swede, he will know they cannot afford to do that against Manchester City on Sunday. Ljungberg will need his side to improve defensively, but a win over Pep Guardiola would mark a significant change in momentum at the club.

Battle of the Portuguese coaches at Molineux

Jose Mourinho has lifted spirits at Tottenham, but they head to Wolves at the weekend after back-to-back away defeats. The clash at Molineux will see two Portuguese coaches go head-to-head, with the winner set to take a big step forward in the battle for a top-four finish. Wolves, despite a difficult schedule, are only five points off Chelsea and could move four ahead of Spurs with a win on Sunday. But a defeat for Nuno Espirito Santo’s side could start a slide ahead of a tough run of fixtures in December.