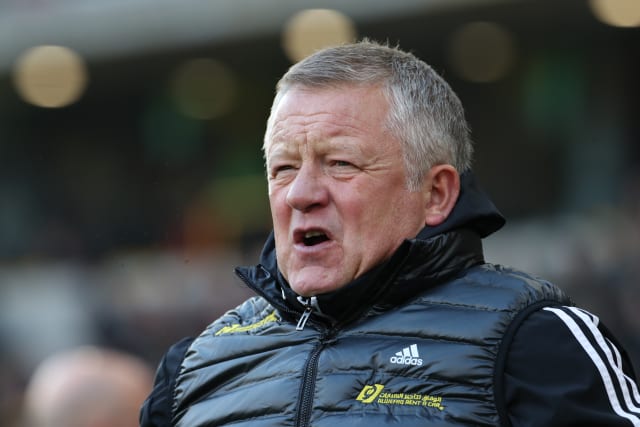 Sheffield United boss Chris Wilder wants to strengthen his squad next month as he looks to consolidate a strong start to the season.

Wilder would like to sign “two or three” players during the forthcoming transfer window, which opens on January 1 and close at 11pm on January 31.

The Blades were tipped to struggle in what is their first top flight campaign for 12 years but Wilder’s team are eighth in the table and he believes it is the right time to add to the group.

“I’ve said to the owners that maybe if we were in a different position you should keep your hand in your pocket, but I think now is the moment to strengthen and we will have conversations regarding where we can go with that,” said Wilder.

“It’s important that we get the balance right and get the right players in, from a mentality point of view and to strengthen the group.

“But definitely in our position we need to because there is still a lot of football to be played and the intensity of the league, as we saw last week with a game against Newcastle on Thursday night and then a trip to Norwich on the Sunday, is huge. It will take its toll on the group.

“It has largely been the group that came up as I believed they deserved an opportunity to show if they could raise their game – and they certainly have done.

“They need to keep that going, but I do feel there’s two or three positions where we are a little bit light, where we need to strengthen to make sure performances and results are not affected.”

Premier League survival was the aim for Sheffield United on their return to the top flight and the club’s goals remain the same despite their impressive start to the season.

Forty points is widely-accepted as the benchmark for teams to stay up and the Blades moved on to 22 points with Sunday’s victory at Norwich, with three matches left until the half way point of the campaign is reached.

Wilder said: “We’re not at 40 points yet, we’re a long way off. Remaining consistent is the message to my players. Look at the next game and keep accumulating points and keep adding to it.

“We’re in a healthy position and we’d like to cement that and move it forward.”

Wilder reported “a few tight bodies” following the win at Norwich but stopped short of revealing any new injury issues ahead of Saturday’s home game against Aston Villa.

Mo Besic caught the eye at Carrow Road and his performance from the bench could see the on-loan Everton midfielder come into Wilder’s thinking for a starting place.