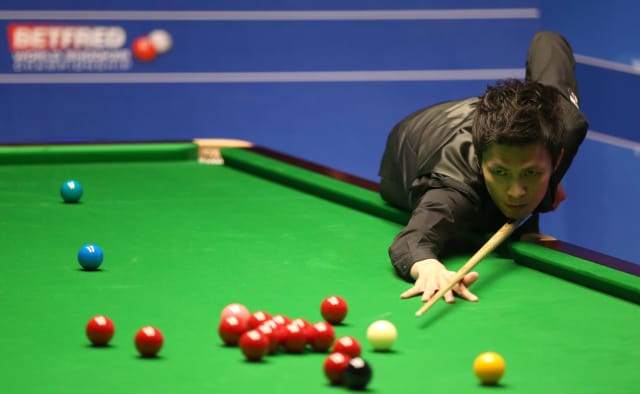 Thepchaiya Un-Nooh powered his way into the quarter-finals at the 19.com Scottish Open with a whitewash of Neil Robertson.

The Thai produced breaks of 81, 78 and 74 on his way to a 4-0 victory after earlier dumping Marco Fu out of the tournament, and will now face Jack Lisowski.

He will be joined in the last eight by Ronnie O’Sullivan, who beat Joe Perry 4-2 despite his opponent taking the fourth frame with a break of 139.

There was a 4-2 win for Lisowski over former world champion John Higgins, while David Gilbert beat Shaun Murphy by the same score.

Judd Trump lost just two frames as he saw off the challenge of Graeme Dott, who had ended UK Championship winner Ding Junhui’s participation in the previous round, and will now go head-to-head with Gilbert.

Defending champion Mark Allen advanced to the last eight courtesy of a 4-1 triumph against Chris Wakelin as he wrapped up victory with a 104 break.

Allen will take on Scotland’s Scott Donaldson after he made it through with a 4-2 win over China’s Zhang Jiankang, while Mark Selby needed only four frames to secure a victory over Jimmy Robertson which set up a showdown with O’Sullivan.