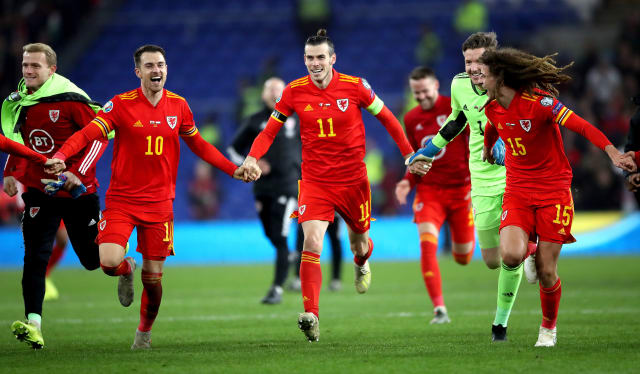 The Football Association of Wales could lose money at Euro 2020 after being drawn to play fixtures in Azerbaijan, its chief executive Jonathan Ford has warned.

Wales face a costly 3,000-mile trip to the former Soviet satellite state next June to play Switzerland and Turkey before completing group games at the pan-European tournament against Italy in Rome.

Ryan Giggs’ squad, featuring the likes of Gareth Bale and Aaron Ramsey, also face the prospect of spending time before the tournament at holding camps to acclimatise to the fierce summer temperatures in Baku and Rome.

The FAW – a non-profit organisation – made £3million in reaching the semi-finals of Euro 2016 in France and every penny was invested in Welsh football to improve facilities at all levels.

Each association has to cover its own costs at Euro 2020 and that spells bad news for Wales, who potentially face making another trip to Baku to play a quarter-final tie.

“You get participation monies from UEFA and we have to use those monies to participate in the tournament,” Ford explained.

“There is a split between players and between costs, and ideally you bring some home to reinvest in football to ensure that you get there time and time again.

“But the costs associated with it are astronomical, and we’ve got to spend more money logistically than anything else.”

Asked if if was feasible the FAW could lose money at the 24-team tournament, Ford said: “Yes, it is. Absolutely.

“I don’t think the (FAW) board is going to be too grateful to me for losing money, but yes there are lots of costs associated.

“I think UEFA are trying to put certain mechanics in place. If Northern Ireland qualify through the play-offs they’ve got to go to Dublin, England have just got to get on a bus (to Wembley).

“You could argue that some teams have got a home advantage and a financial advantage.”

Wales are aware of the various logistical problems presented by playing in Azerbaijan as the Dragons were in Baku last month, winning a Euro 2020 qualifier 2-0 through goals from Kieffer Moore and Harry Wilson.

Among them is that Baku will be two hours ahead of Central European Time next summer and three hours in front of British Summer Time.

“What do you do with the time zones?” Ford said.

“Do you keep people on CET or GMT time? Do you move across to Azerbaijani time? All have got complications with it.

“It’s a difficult tournament logistically for us and a lot of planning has to go into it.

“But ultimately we’ll give our team the very best chance to hit the ground running and be successful on the field of play.”

Wales will play fellow finalists Austria at home on March 27. Three more friendlies – one in March and two in June – are set to be arranged before Euro 2020 kicks off.

At least two of the four games are likely to be staged in Wales.

“We’re putting those plans in place now we know who we’re playing at the Euros,” Ford said.

“We’re going to play teams that give us a little understanding of who we’re playing against, as we did before.

“It’s about giving the players the right atmosphere and the right environment.

“You want to take on some challenging teams, but there are other cases when you go to Europe you don’t want to have any injuries either.

“So you’ve got to make a real balance on all of this.”