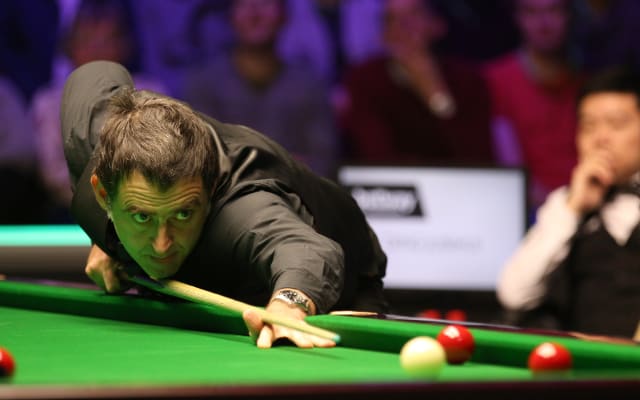 Ronnie O'Sullivan brushed aside James Cahill to comfortably progress to the third round of the Scottish Open after causing a stir over his reluctance to shake hands before the match.

The Rocket was not keen on shaking hands with either his opponent or the referee and attempted to fist bump both instead.

"I'll admit I'm a bit OCD with germs," O'Sullivan explained to Eurosport after the match.

"I have got a bit of a germ thing. It's easier to do that and I don't get any germs."

O'Sullivan suffered a shock defeat to 23-year-old Cahill during last season's World Championship, but took just over 30 minutes to secure a dominant whitewash.

Misses from Cahill smoothed a path for O'Sullivan to take the first two frames, with the third following despite the five-time World Champion missing a black off the spot.

The match was put to bed when O'Sullivan neatly claimed the fourth frame with a break of 86, averaging at 12 seconds a shot throughout the performance.

"I felt like I was playing slower tonight, I came out and tried to play a little bit more conservative because I have been a bit too attacking I think. I just tried to rein it in a bit, so it meant I had to take a bit more time on my shots."

Earlier on in day three of the tournament, defending champion Mark Allen comfortably progressed with a 4-1 defeat of Louis Heathcote.

Judd Trump was also in action and returned to form after his surprising UK Championship loss to Nigel Bond by knocking out China's Yuan Sijun, taking the first four frames in a dominant display.

Ding Junhui, who clinched the UK Championship title last weekend, booked his spot in the last 32 after a straightforward victory over compatriot Mei Xiwen, with breaks of 132 and 100 securing him a third round encounter with Graeme Dott.