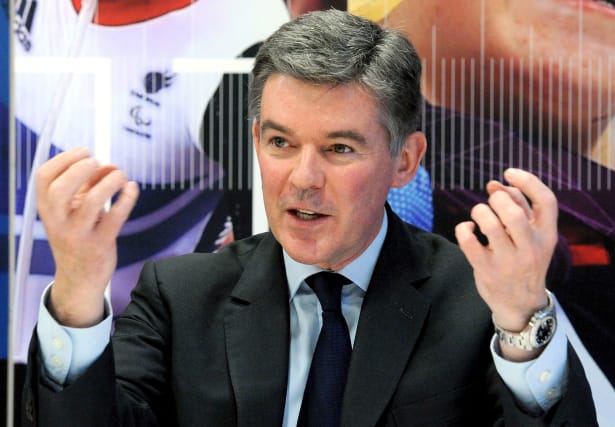 The British Olympic Association has called for Russia to face the “fullest possible sanctions” at the Tokyo 2020 Games after the World Anti-Doping Agency imposed a four-year ban.

On Monday, WADA’s executive committee unanimously accepted a recommendation from its independent compliance review committee for the disciplinary measures, which relate to tampering with data obtained from a Moscow laboratory in 2019.

Investigators from WADA found that some of the deletion and manipulation occurred after Russia had been reinstated to compliance in September 2018, having initially been banned in 2015.

Russian president Vladimir Putin has said stated his country have ‘reason to appeal’ against the ban.

WADA vice-president Linda Helleland made it clear that in her view the sanctions did not go far enough.

The measures include barring teams competing under a Russian flag at the Olympic and Paralympic Games of 2020 and 2022, as well as the football World Cup in 2022, among other global sporting events.

Individual athletes may be able to compete in events if they can prove they are not implicated or affected by the manipulated laboratory data which led to the sanctions being imposed.

“For three consecutive Olympic Games the matter of systemic doping of athletes by Russia has hung like a dark cloud over the entire Olympic Movement,” Robertson said.

“Our support is for the fullest possible sanctions to be taken against Russia at Tokyo 2020. At the PyeongChang 2018 (Winter) Olympic Games, Team GB athletes competed against a Russian team in all but name – this should not happen again.

“Our concern is that even after the sanctions in PyeongChang, Russia continued to manipulate data and with it the outcome of sport. They have shown no contrition or respect for the Olympic Movement and its athletes.

“Finally, we would like to acknowledge the work of WADA to bring us to this point, and in particular their persistence in retrieving samples and data to prove the ongoing scale of this issue.”

“Despite previous sanctions, including athletes competing under a neutral flag in Pyeongchang, Russia has continued to deny clean athletes around the world the ability to compete fairly and with any confidence in the systems designed to protect them,” the former GB hockey player said.

“We echo the calls for stronger, robust and enforceable sanctions.

“If our athletes are to compete against athletes from Russia under a neutral flag at Tokyo 2020, they need to do so with undeniable proof that they are clean and not implicated with anything that brings the Olympic Movement into question or disrepute.”

Russia will still be able to compete at Euro 2020 next summer, and St Petersburg can stage matches, as the European Championship is not a global competition, run by UEFA rather than world governing body FIFA.

A Russian team will be able to enter the 2022 World Cup qualifiers, as the qualifiers themselves do not yield a world champion.

However, should the team go on to qualify, they would not be able to compete as Russia at the finals in Qatar.

Under the terms of the WADA sanctions, the Russian Football Union would need to name a 23-man squad who could all prove they were not implicated in any anti-doping violations.