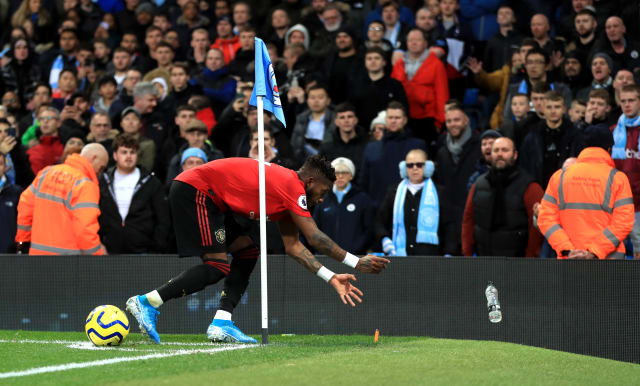 Ole Gunnar Solskjaer has condemned the alleged racist abuse some of his Manchester United players suffered in their Premier League clash with Manchester City.

United midfielders Fred and Jesse Lingard were subjected to alleged racism during last weekend’s 2-1 derby win at the Etihad Stadium, with the former also being hit by missiles as he went to take a second-half corner.

A 41-year-old man was arrested on Sunday in connection with the allegations, before being bailed pending further investigation.

Solskjaer told a press conference on Wednesday: “We have spoken with the boys, of course.

“They are the same as me. This isn’t how it should be in football but what we can do is go out onto the pitch next time and prove we are all equal. It has been a tough couple of days for Jesse and Fred.”