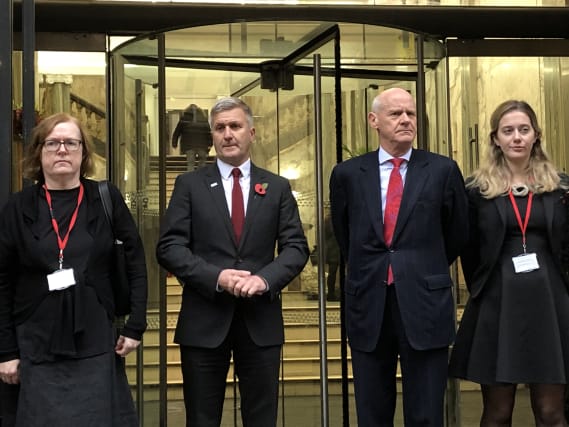 Richard Freeman’s barrister has claimed a current British Cycling coach used a Coke can containing urine to try to help Shane Sutton cover up a doping offence during his riding career.

Sutton is a key witness but walked out of the tribunal – called by the General Medical Council to assess Dr Freeman’s fitness to practise – on November 12 and has not returned, having denied O’Rourke’s allegations that he is a “bully, a liar and a doper”.

Sutton has also stated that he never tested positive in 100 tests during his cycling career.

On Tuesday O’Rourke outlined the questions she had planned to put to Sutton if her cross-examination had continued, having been permitted to do so but told the questions would be treated as “assertions, not evidence” by the tribunal.

A series of allegations then followed, the most serious being that a current British Cycling coach handed Sutton Coke containing urine during an edition of the Tour of Ireland in an attempt to beat a doping test.

O’Rourke said the pair were caught and their team withdrew from the race to prevent the matter being pursued.

O’Rourke also claimed that Sutton had received drugs in a McDonalds toilet in Edinburgh around the time of the 1986 Commonwealth Games; had confessed to Dr Freeman that he used amphetamines as a rider and used his partner’s phone to verbally abuse Dr Freeman after the doctor had blocked his own number.

O’Rourke additionally said she had a five-page statement from 2008 Olympic champion Nicole Cooke and her father accusing Sutton of “bullying, dishonesty and other shady behaviour”.

Dr Freeman denies a General Medical Council charge that he ordered testosterone gel knowing or believing it was for an athlete to improve performance, but has admitted ordering the gel and lying to British Cycling colleagues about it.

Dr Freeman says Sutton bullied him into placing an order for testosterone gel in May 2011, something Sutton denies.

Freeman has also admitted charges related to record-keeping and prescribing medicines to non-athlete members of staff.

The PA news agency has contacted British Cycling for comment.