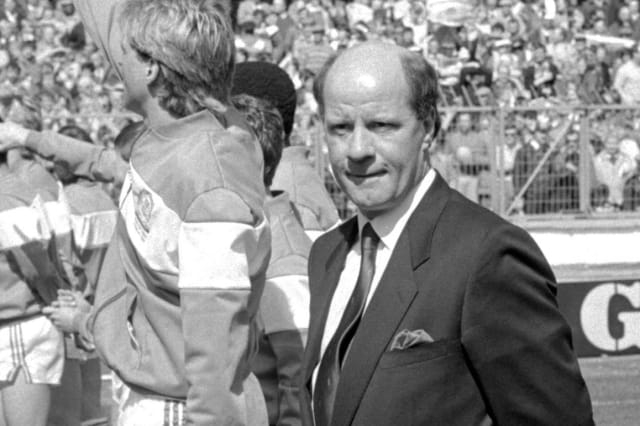 Former QPR manager Jim Smith has died at the age of 79, the Championship club have announced.

After a long playing career, Smith made his mark as a manager including leading Birmingham into the First Division and taking Oxford into the top flight.

He also served as League Managers Association (LMA) chief executive before returning to management and leading Derby to the Premier League.

LMA chairman Howard Wilkinson paid tribute to Smith, saying: "Jim and I have known each other since our teenage years, and I have been in his debt since the day he asked me to become player-coach at Boston United where I served my apprenticeship.

"I have so many fond memories of Jim as a football manager but foremost as a friend.

"He was intelligent, passionate, determined, honest and always great fun to be with. Never one to mince his words, he was a leader in the truest sense.

"He was liked and admired by everyone around him, truly an authentic, down-to-earth gentleman."

LMA chief executive Richard Bevan added: "Jim was a true friend to the LMA and will be very sorely missed by his colleagues and friends.

"He was an inspiration to so many people throughout his career and a highly valued member of the LMA Hall of Fame – 1,000 Club in recognition of his contribution, achievement and legacy to the game.

"When Jim was approached by the LMA to become the association's chief executive in 1995, he gladly accepted the responsibility, only relinquishing the position to return to management with Derby County.

"Our thoughts and sincere condolences are with his wife Yvonne and all his family and friends."

Another of Smith's former clubs, Newcastle, wrote on Twitter: "Newcastle United are sad to learn of the passing of Jim Smith, who was the Magpies' manager between 1988 and 1991. He was 79.

"Our thoughts are with Jim's family."

While Oxford tweeted: "It is with great sadness that we must announce our former manager and #OUFC great Jim Smith has passed away.

"Our thoughts and love are with Jim's family and friends."

Harry Redknapp worked with Smith at Portsmouth and described him as probably his best-ever signing.

Redknapp told Sky Sports News: "Jim was an amazing character. I think everyone who came in contact with him absolutely loved him.

"For me, he was probably my best-ever signing. When I took over as manager I rung up Jim and said 'do you want to come here and work with me?'

"He said: 'Harry I'd love to'. He came back with me and we had a great time. It was an amazing time in both my life and Jim's life. Loved every minute of it.

"He was really old school. He was fun, he was just a character, you just couldn't stop laughing at his stories and the way he was. everybody loved Jim. He was just a loveable character."