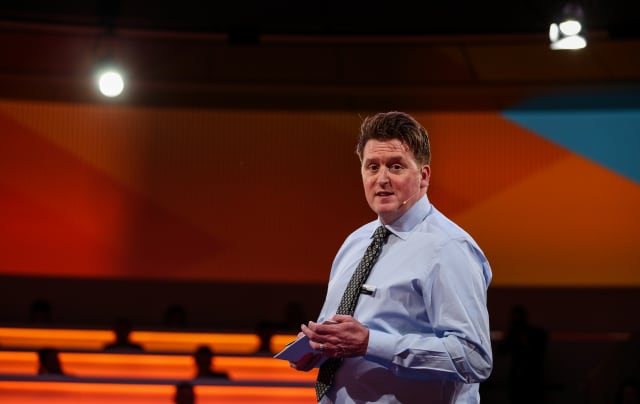 Rod Ellingworth believes Bahrain-McLaren can be a new kind of team in cycling and disrupt the existing order.

The former Team Sky performance director’s primary goals may sound conventional as he puts winning the Tour de France at the top of his wishlist, but the message from this new-look team is that things will be done differently with McLaren on board.

The motorsport giant has taken a 50 per cent stake in what was the Bahrain-Merida team, and made a splash by signing star sprinter Mark Cavendish and general classification contenders Mikel Landa and Wout Poels this winter.

They will be unleashed in the team’s distinctive new orange and red jerseys next year – evoking the Formula One team’s traditional livery – but the goal is for more than the team colours to stand out.

And key to that will be harnessing the potential of McLaren both in developing equipment and riders.

“You look at this building, there’s no other team that has a centre like this, it’s own development hub,” team principal Ellingworth said during their launch at the McLaren Technology Centre in Woking.

“We’re already up and running, we’ve started projects, we’re on our hands and knees working at this minute and it’s pretty exciting.

“It’s something no other team has at the same sort of level.”

A message of ‘doing things differently’ might have the odd echo from the launch of Team Sky in 2010, a process in which Ellingworth was instrumental, but he is adamant this is not version 2.0.

Joint managing director John Allert, the man who hired Ellingworth away from what is now Team Ineos, spoke of the team as ‘disruptors’ in a sport primed for change.

“We want to unpack this sport in a new and dynamic way for fans,” Allert said. “We see the technology hub in Woking as being key.”

Duncan Bradley, the team’s new technical director, says that is about more than developing equipment, with data analytics an area which can help riders better manage their performances alongside composite technology and aerodynamics.

“Together we believe that there is a disruptive opportunity for us to take on the might of very, very successful competitors,” Bradley said.

Ellingworth and Allert said discussions have taken place over the formation of a women’s team to exist alongside the men’s, although no further steps have yet been taken, with the focus for now on making a greater impact on the men’s World Tour and build from there.

“It’s quite clear the ambition from within the team is to become a Grand Tour-winning team,” Ellingworth said. “The yellow jersey at the Tour is a huge iconic jersey we want to bring home to McLaren and also to Bahrain.”

Doing that, of course, will mean beating his old boss Sir Dave Brailsford and Team Ineos, winners of seven of the past eight Tours.

“I think from the outset, yes, we’re capable of taking them on,” Ellingworth said. “It’s about getting your key riders on the line in good condition and good health and if we’re in that situation then we stand every chance.

“I see us as a thriving new team with lots of energy and we’re not going to mess around. I don’t see us as an underdog.”