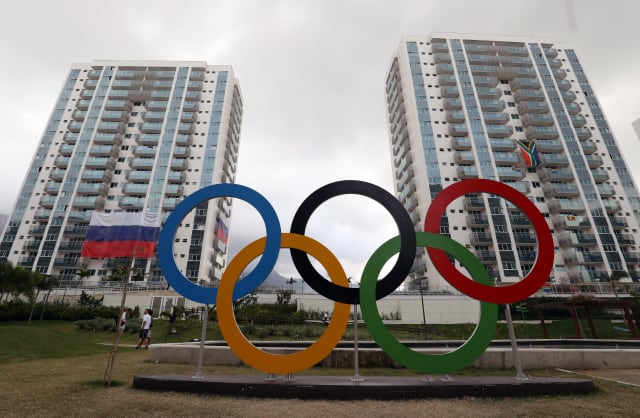 Russia has been banned from the 2020 Olympics and 2022 football World Cup – but there has been fierce criticism the punishment does not go far enough.

The World Anti-Doping Agency on Monday confirmed a four-year ban from all major global sporting events, after considering recommendations from its independent compliance review committee (CRC) that Russia had manipulated laboratory doping data. Russia is also banned from hosting or bidding to host major events.

WADA said the decision was unanimous and its president Sir Craig Reedie accused Russia of choosing “deception and denial” over getting its house in order.

But WADA vice president Linda Hofstad Helleland and US Anti-Doping Agency chief executive Travis Tygart both claimed Russia had got off lightly by avoiding a blanket ban.

Individual Russian athletes who can prove they are untainted by the scandal will be able to compete as neutrals.

Russia will be able to compete at Euro 2020 next summer, and St Petersburg can stage matches, as the European Championship is not a global competition. It is run by UEFA rather than FIFA.

On the Qatar World Cup, FIFA told the PA news agency it had “taken note of the decision and is in contact with WADA and ASOIF (Association of Summer Olympic International Federations) to clarify the extent of the decision in regards to football”.

Russia has 21 days to appeal against the sanction at the Court of Arbitration for Sport.

In her speech to Monday’s WADA meeting in Lausanne, Helleland made her stance clear.

“I would have liked to see the consequences to be even tougher than put forward by the CRC,” she said.

“I would have preferred to support a blanket ban. A blanket ban can make the Russian leadership realise the seriousness of the mess they have created – for themselves and for their athletes.

“This would mean that Russia is banned from the Games in Tokyo and Beijing (the 2022 Winter Olympics) and denied the possibility to host major events.

“Unless we impose sanctions that really wake Russian leaders up, hold them accountable and make them acknowledge the facts – how can we be sure that the system will ever change.”

Tygart branded WADA’s punishment as “yet another devastating blow to clean athletes, the integrity of sport and the rule of law” and called for “a revolt against this broken system to force reform”.

He added: “WADA promised the world back in 2018 that if Russia failed yet again to live up to its agreements, it would use the toughest sanction under the rules.

“Yet, here we go again. WADA says one thing and does something entirely different.

“There is no disputing that Russia has committed the most intentional, deep and broad level of corruption on the entire sports world that has put money over morals, abuse over health and corruption over the Olympic values and all athletes’ dreams.

“Now, clean athletes, sports fans and sponsors are having to suffer through another horrendous Groundhog Day of Russian corruption and domination.”

He was quoted by the TASS news agency as saying: “The fact that these decisions keep on repeating and are often applicable to those athletes who have already been punished this or that way obviously makes one think that it is a continuation of the anti-Russian hysteria that has already grown chronic.”

The CRC made its recommendations based on evidence presented by WADA’s intelligence and investigations team.

Investigators found data from the Moscow laboratory handed over to WADA in January 2019 – one of the key conditions of its reinstatement by the organisation in September last year – had been intentionally altered.

The data provided was inconsistent with a copy of the database supplied to WADA by a whistleblower in 2017, in that positive findings present in 2017 were missing from the 2019 data. Investigators found that some of the manipulation and deletion had occurred as recently as December 2018 and January 2019 – after reinstatement.

Russia has been banned from competing as a nation in athletics since 2015 when it was first declared non-compliant.

But Reedie said the decision showed “WADA’s determination to act resolutely in the face of the Russian doping crisis”.

“For too long, Russian doping has detracted from clean sport,” he said. “The blatant breach by the Russian authorities of RUSADA’s (the Russian Anti-Doping Agency’s) reinstatement conditions, approved by the ExCo (executive committee) in September 2018, demanded a robust response.

“That is exactly what has been delivered today. Russia was afforded every opportunity to get its house in order and rejoin the global anti-doping community for the good of its athletes and of the integrity of sport, but it chose instead to continue in its stance of deception and denial.

“As a result, the WADA ExCo has responded in the strongest possible terms, while protecting the rights of Russian athletes that can prove that they were not involved and did not benefit from these fraudulent acts.”

UK Anti-Doping welcomed the ban on Russia in a statement by saying it was the “only possible outcome”.

She added: “We know however that this is not necessarily the end of the matter. If RUSADA choose to appeal (against) this decision to CAS, this must be carried out with minimal delay, especially in light of the upcoming Olympic and Paralympic Games in Tokyo.”