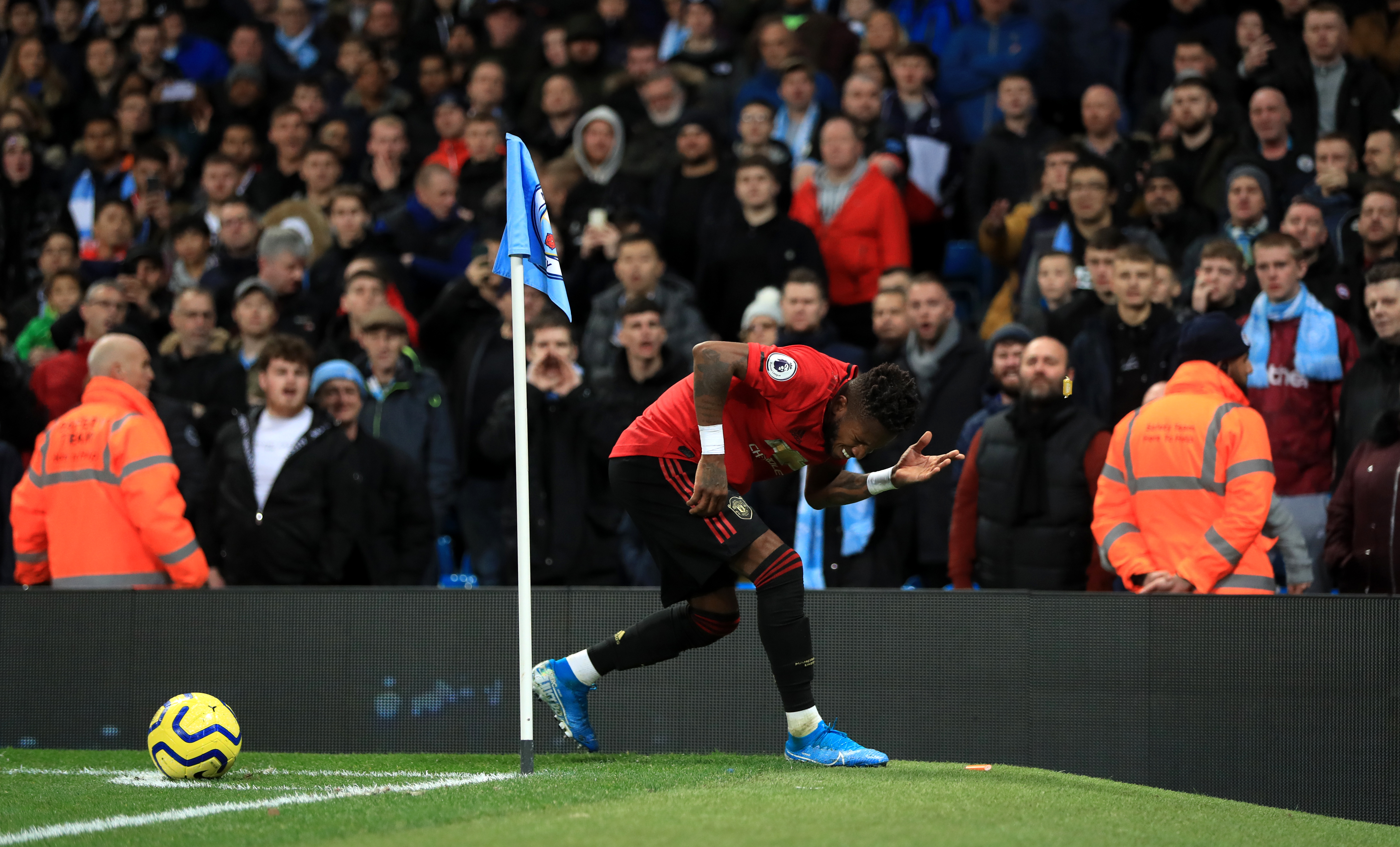 A Manchester City fan accused of making racist gestures in Saturday's derby defeat to United has denied he is racist.

Anthony Burke, 41, was caught on camera appearing to aim abuse toward Red Devils midfielder Fred as he went to take a corner kick.

It came as fans also threw a number of objects at the Brazilian in the 68th minute, with City players attempting to calm the fans down.

Burke, a father and army veteran, posted a message on Facebook defending his actions, claiming that he was 'putting my hands in my pants'.

He posted: "Listen, I'm only racist c*** because I had a screen shot that made me look it. However I ain't racist, watch the match half of it was me with me putting my hands in my pants.'

"Bullsh** not ar*** I know the true and I've already made appointment to speak to the police which I did so think what you like."

City posted immediately after the match that they would ban any fan guilty of racist abuse for life, as Kick It Out called for swift action.

How on earth is it that the stewards do nothing about this abuse including a Man City fan doing a monkey chant #racism#SayNoToRacism@ManCity@ManUtdpic.twitter.com/IF4FZRVjs4

After Burke was arrested by Greater Manchester Police, he was subsequently suspended from his place of employment at Kier Group - where he works as a civil engineering manager.

Speaking after the match, Fred said: "Unfortunately, we are still in a backward society. [It is a shame] we still have to live with that in 2019. On the field, I didn't see anything. I saw it only in the locker room afterwards.

READ MORE: Kick It Out call for action after Manchester derby abuse 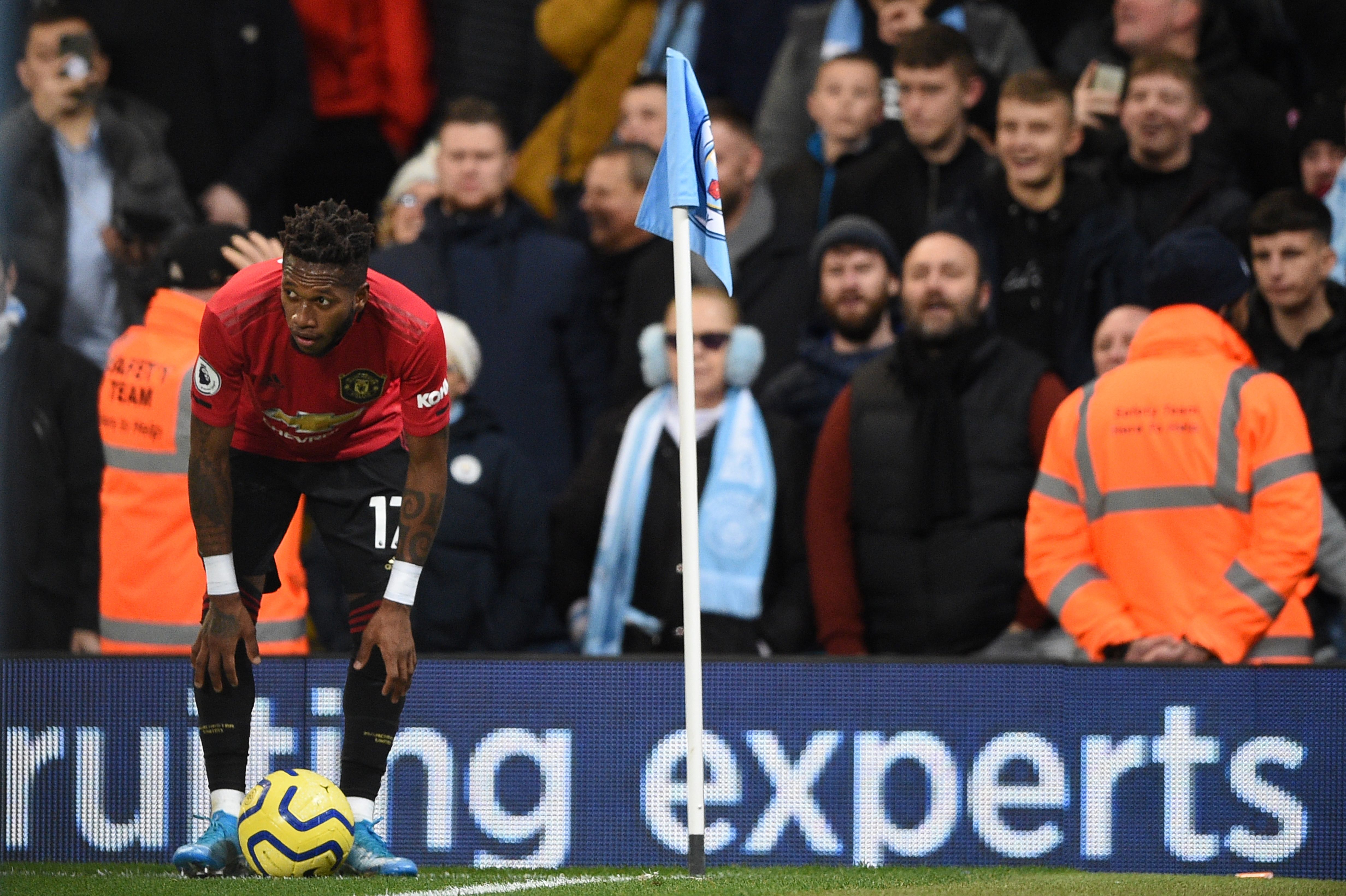 "The guys showed me... I try not to care about that. I try to look ahead. Unfortunately, this is happening in some stadiums. It happened here, it happened in Ukraine with some friends. It's sad, but we have to keep our heads up and forget about that.

"We can't give them any attention because that's all they want. I spoke to the referee after the match, they will do something about it and that's all. We are all the same regardless of skin colour, hair and gender. 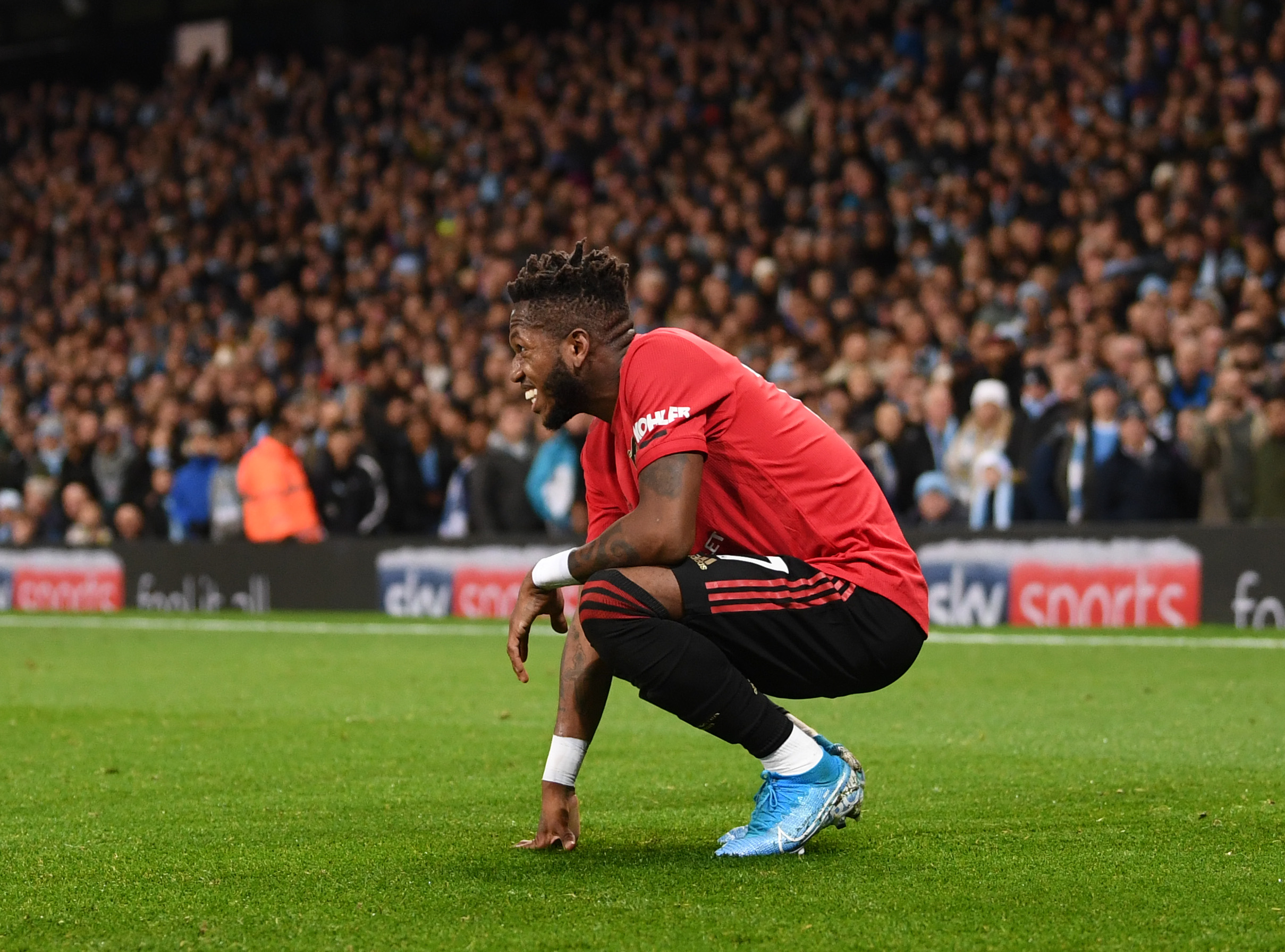 "We came from the same place and we all go to the same place when it's all said and done. Thank God I have a lot of friends here in the locker room who hugged me, like Lingard. I don't want to think about it. I just want to move on."

Ole Gunnar Solskjaer made his fury at the abuse clear, especially after Fred and Jesse Lingard were hit by missiles launched by the fans.

He added: "We have to stamp it out. We keep talking about it every single week and it's not acceptable."

The statement from the home side read: "Manchester City FC are aware of a video circulating on social media which appears to show a supporter making racial gestures.

"The club operates a zero tolerance policy regarding discrimination of any kind, and anyone found guilty of racial abuse will be banned from the club for life."