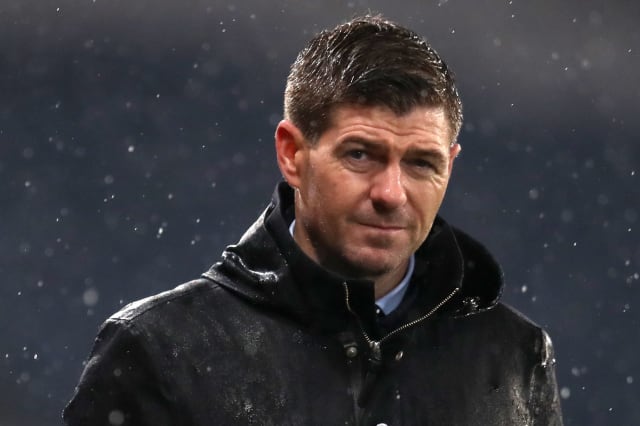 Steven Gerrard says it is time for VAR to be introduced north of the border after seeing Rangers' Betfred Cup hopes wrecked by Christopher Jullien's offside winner.

The Ibrox boss refused to blame Willie Collum and his officials as Celtic snatched a 1-0 victory at Hampden.

But after watching Jullien fire home from an offside position, he believes it is time Scotland's referees were given the same technological support as their colleagues in England.

Collum did hand the Light Blues a penalty and send off Hoops youngster Jeremie Frimpong for a tug on Alfredo Morelos soon after – but the Colombian failed to take his chance to finally break his Old Firm duck as his effort was blocked by man-of-the-match Fraser Forster.

Morelos was also involved in two other debatable spot-kick claims as he hit the deck under challenges from Scott Brown and Mikey Johnston.

Gerrard did not have a clear view on either but believes the availability of video replays would have got his side off the hook with Celtic's winner.

He said: "Look, I'm not going to sit here and make excuses. I'm not the type of person who blames or look for excuses.

"The big moments have gone against us today, we are all responsible for that.

"But the reality is, at the top end of football, you expect the linesman to get one of them right from the three who were in an offside position.

"I'd have to see the (other penalty claims) again. I think the one we got was blatant. The officials got that one bang on and it was denying an obvious goal scoring opportunity.

"I think VAR has taken something away from the game, so I'd be a liar if I said I'm 100 percent in favour of it.

"But one thing I do know is that the officials up here do need some support and help. Because there are too many things, not just for our club but across the board, that they maybe miss and need a bit of support on."

The former Manchester City youngster has been Celtic's surprise package but there was some debate whether he would start given his lack of experience against top-level opposition.

But the Dutchman more than stood up to the test before he was forced to haul back Morelos in the box as the Rangers striker looked set to fire Gerrard's team level.

Lennon said: "After he was sent off I just told him, 'You were outstanding son'. He maybe had to do it. I had no issue with the penalty decision or the red card. I thought up until then he was one of our best players.

"For a 18-year-old kid to play as well as that, he can be anything he wants to be.

"He's untested because he's so good. He takes players the other way. We see him every day in training against James Forrest, Jonny Hayes, Scott Sinclair, Lewis Morgan, Mikey Johnston and he can defend. We had no qualms about him playing today at all."