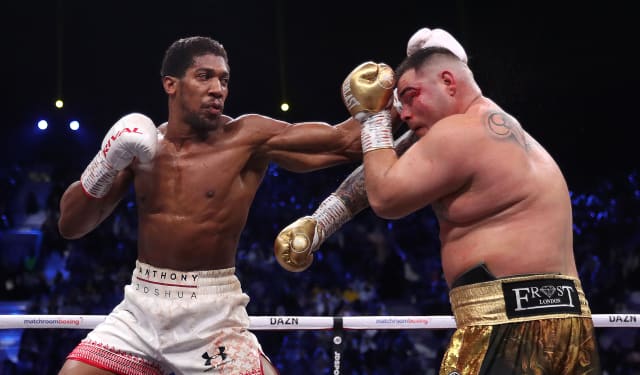 Anthony Joshua survived a desert storm to wrest back his world heavyweight titles with a unanimous points win over Andy Ruiz Jr at the Diriyah Arena in Saudi Arena.

Joshua stuck to his back-foot game plan to pick off a clear 118-110 (twice), 119-109 verdict in a bout that boasted little of the five-knockdown drama which saw him lose to Ruiz in June.

In a bout which had been threatened with delay by a rare desert rain-storm moments before they took to the ring, the champion banked almost entirely on landing another big left money-shot.

Second time round, a more composed and disciplined Joshua for the most part resisted the urge to join Ruiz in battle, and there was no doubt as to the clear winner once the bell ended the final round.

Confirmation of Joshua's win was greeted with roars of approval from a capacity 16,000 crowd in the purpose-built venue in the ancient Saudi capital, which was hosting a major title fight for the first time.