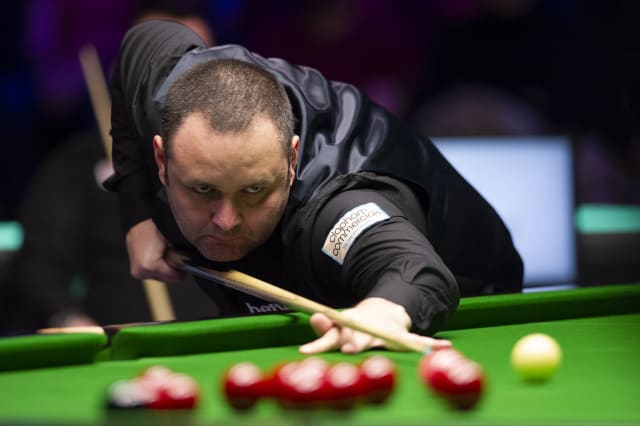 Stephen Maguire stormed into the UK Championship final with a 6-0 whitewash of Mark Allen.

Allen, who was runner-up 12 months ago, entered the match as firm favourite to progress to the showpiece but was blown away by a relentless Maguire.

The Northern Irishman had been heavily critical of the table conditions in York ahead of the semi-final, branding them “probably the worst that I’ve played on as a professional”.

But he was given little opportunity to get going as Maguire set up a clash with Ding Junhui.

Maguire surged into a 4-0 lead at the interval after producing some scintillating snooker against the world number seven.

The 38-year-old made a 95 break to claim the opening frame and followed it up with a 129 clearance to take control.

Maguire then battled back from 67-6 down to win the third frame before making it a clean sweep by the mid-session interval.

And the 2004 champion did not let up after the break, edging a tight fifth frame before surging over the line with a century break to reach his first ranking final since 2017.

Earlier, Ding booked his place in the final with a 6-2 win over compatriot Yan Bingtao.

The world number 16 flew out of the traps and hit three half-century breaks as he reeled off the first three frames.

Bingtao hit back to take the fourth, before Ding extended his lead once again. But teenager Bingtao was not overawed by the occasion and made a fantastic break of 95 to make it 4-2.

Ding eased his way over the line with two more half-century breaks.