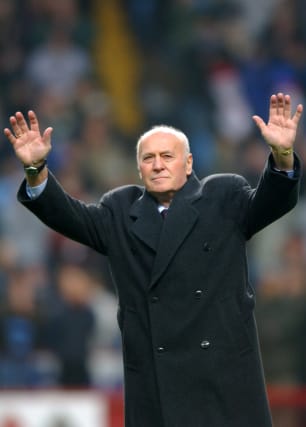 Former Aston Villa manager Ron Saunders has died at the age of 87, the club have announced.

Saunders is widely regarded as one of the club’s finest managers, in particular steering the club to the old Division One title in 1980-81.

In a statement, the club said Saunders died “earlier today… at 3pm”. As a mark of respect, black armbands will be worn during Villa’s Premier League clash with Leicester on Sunday

The Villa statement read: “It is the sad duty of Aston Villa Football Club to announce that our former manager, Ron Saunders, has passed away at the age of 87.

“He died earlier today, Saturday 7th December, at 3pm and his family have asked for their privacy to be respected at such a difficult time.

“Widely regarded as one of the club’s greatest ever managers, he guided Villa to promotion in his first season in charge, lifted two League Cups and steered the club to a league championship in 1980/81.

“Against Leicester City tomorrow afternoon, the players will wear black armbands and, as a mark of respect, we will be holding a period of applause to mark his outstanding contribution to Aston Villa.”