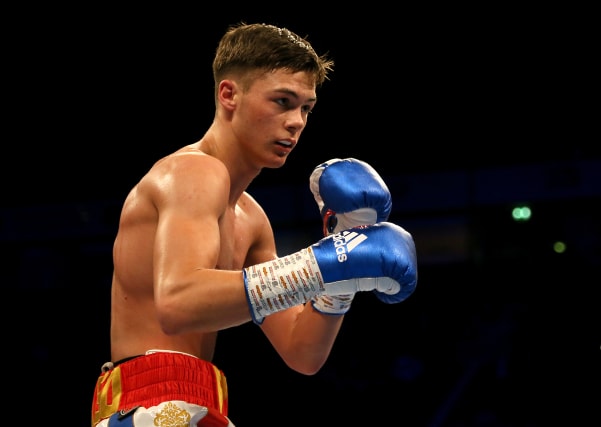 Hopey Price will join an exclusive band of fearless Britons abroad when he has his second professional bout on the undercard of the world heavyweight title rematch between Anthony Joshua and Andy Ruiz Jr. in Riyadh.

The Leeds teenager will be one of home fighters to box on the Saudi Arabia card, along with Joshua, Dillian Whyte and Tom Little, who faces one of Joshua’s amateur conquerors Magomedrasul Medzhidov.

Price, whose own amateur career peaked with Youth Olympics gold in Buenos Aires last year, believes his extensive experience of fighting abroad will make him well equipped to cope with his unusual surroundings.

“I’ve already fought all around the world and competed in big fights with gold medals at stake,” Price told the PA news agency. “These are the opportunities I always dreamed of.

“It will be a part of boxing history like the Rumble in the Jungle and the Thrilla in Manila, and I will always be able to look back and tell people that I boxed on this show.”

Saudi Arabia’s bid to project itself as a venue for big fights has already seen Amir Khan beat Billy Dib in Jeddah in July, and the world super-middleweight title bout between Callum Smith and George Groves.

They followed a tradition of British boxers fighting in unconventional venues abroad, most noteably Chris Eubank’s self-proclaimed ‘world tour’ which took him to Cairo and the United Arab Emirates.

Rendered relatively unsaleable after a string of passive performances, WBO cruiserweight champion Johnny Nelson took his career on the road and fought in Thailand and Brazil, where he was almost robbed of his fight purse by bandits.

Hull journeyman Tony Booth accepted a bout against Mohammed Guenif in Algeria at the height of the country’s civil war, where fans made throat-slitting gestures as he made his way to the ring.

Booth, who later also fought in Lagos, said: “To be honest I think I could have won the fight but I don’t think that would have been a very good thing to do.”

Incarcerated for robbery, Scott was allowed to continue his career whilst serving time. Johnson, who prepared for the bout by training in front of inmates in Pentonville Prison, was stopped in the seventh round.

Former Mike Tyson conqueror Danny Williams continues to fight in increasing obscurity. In 2014 he lost a four-round fight against Pavel Doroshilov at the Open-Air Biker Show in Sevastopol, Crimea.

Some unusual assignments are better than others. The then rising heavyweight prospect David Haye scored a quick win over Vance Winn in the grounds of the Playboy Mansion in 2003.

“The scenery was just a little bit distracting,” Haye admitted to the Telegraph shortly afterwards. “After the fight I hung out for a night and it was definitely one of my wilder experiences.”

Meanwhile Price will come quickly down to earth as he dreams of major future bouts of his own. He is already pencilled in for his third professional bout in Bethnal Green before Christmas.