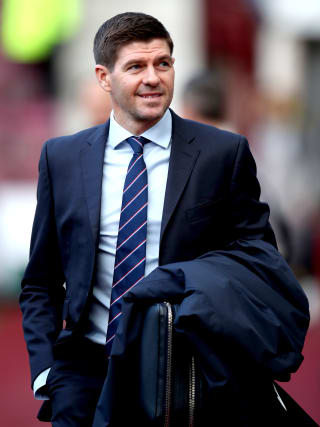 The news comes as the former England and Liverpool captain prepares to lead Rangers out for his first cup final as a boss this weekend.

Sources close to the Light Blues say the 2005 Champions League winner, whose side face Celtic at Hampden in Sunday’s Betfred Cup final, is “on the verge” of a new deal.

Chairman Dave King has announced he is stepping down in the new year but he has made tying Gerrard down on fresh terms the priority for his final few months in charge.

Gerrard signed a four-year deal when he made his move to Glasgow 18 months ago following a year cutting his coaching teeth with Liverpool’s under-18s.

Although his first campaign in Scotland ended without a trophy, he did mastermind the club’s return to the Europa League group stages after successfully guiding Rangers through four qualifying ties.

The 39-year-old repeated the feat this year and his team can now clinch a place in the last 32 of the competition with a point at home to Swiss outfit Young Boys next Thursday.

Before that, Gerrard will be hoping to get his hands on his first piece of silverware since moving into management.

Victory would over Neil Lennon’s Hoops at the National Stadium this weekend would also end Rangers’ eight-year wait for a major honour and provide a huge confidence boost for the rest of the season as they look to halt Celtic’s run of eight consecutive Ladbrokes Premiership titles.

Rangers trail their Parkhead foes by two points following a 2-2 draw against Aberdeen in midweek.