Liam Millar gets used to life in the crosshairs 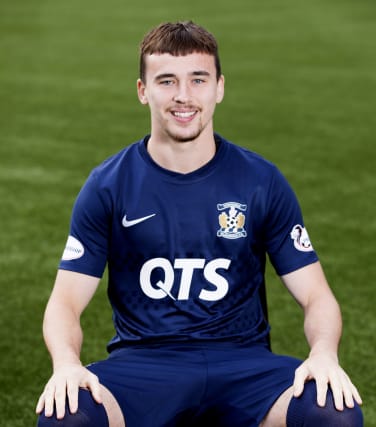 Liam Millar admits he is adjusting to being a marked man at Kilmarnock.

The 20-year-old Canada forward joined Killie on loan from Liverpool in January but has found it more difficult since returning to Rugby Park for a second temporary spell in the summer.

Millar was handed a start in the goalless draw against St Johnstone at Rugby Park on Wednesday night after three appearances on the bench.

Ahead of the visit of Livingston in the Ladbrokes Premiership, he told Kilmarnock TV about the new challenges he is facing.

“Last season I was more of an impact player,” he said.

“Players in the league didn’t know much about me so I would come on and  be as direct as possible whereas this season they know more about me.

“They obviously watch clips, they are probably told what to do, how to defend me and all that stuff.

“I have had to adjust and learn how to play around that sort of stuff.

“I have been trying to get my head up a bit more and try to find the players that are open because of the double teaming or triple teaming that is on me.

“With me trying to learn different kind of things my form obviously dropped and I was dropped for three or four games. That’s how football is; when you are not playing well you get dropped.

“But obviously I learned from it and I am still learning how to adjust.

“I am watching my games back, trying to learn to deal with that kind of stuff.”

Millar is hoping to get a run of fruitful games before the end of the year but believes the visit of Livingston could be as difficult as the goalless draw against Saints.

“I just want to start as many games as possible,” he said.

“There is a lot of games in December, it is very hectic and I just want to get as many games as possible to add to my numbers because they are not good enough just now. Goals and assists is always something I am working on.

“I am expecting the same type of games as on Wednesday, a bit of grind

“But if we play the way we can play we have a good chance of winning the game.”