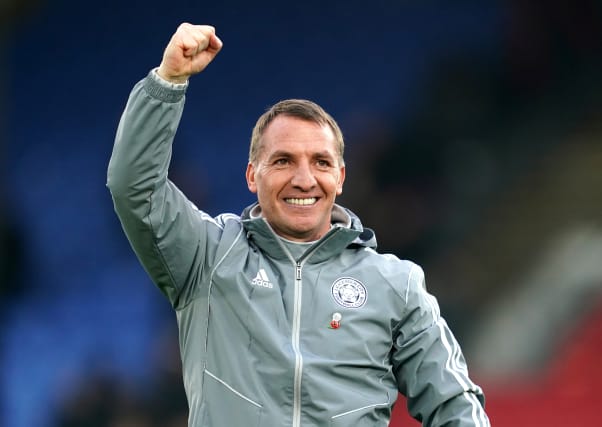 Brendan Rodgers is aiming to create a lasting legacy at Leicester that will be remembered for years after signing a new long-term deal with the Foxes.

Although in charge for just 10 months at City, Rodgers’ influence has had such an impact that chairman Aiyawatt Srivaddhanaprabha has rewarded him with a contract through to 2025.

Over the next five and a half years, and potentially beyond, Rodgers is motivated to ensure he delivers a style of football that not only wins trophies but will also allow the supporters to look back with pride.

“When I arrived, the club was in that mid-table sector,” said Rodgers “If, by the time I leave here, the club is in a better place, on and off the pitch, have had success, the supporters have enjoyed watching the team…

“In 30 years’ time, if this is a team that could be remembered for the level of football and how competitive they are, that would be the ultimate for me.

“I’m committing my work and life to here to give it everything. I’ve got a real motivation to do the very best we can for everyone.”

When it was suggested to Rodgers he wanted to be remembered in the club’s history, he replied: “You want your legacy to be what the supporters see on the field, but also the feeling that they have watching their team.

“I’ve met supporters who have been watching this club for 60-odd years. They’re so inspiring talking about this being the best football they’ve seen of a Leicester City team and they’ve not missed a game for years.

“That always drives you on and gives you extra motivation that they’re enjoying what they’re seeing. It’s my responsibility to try to ensure they feel that happiness.”

Rodgers is also hoping to develop ‘a Leicester way’, shaping the club from top to bottom, as Sir Alex Ferguson did at Manchester United and Arsene Wenger with Arsenal.

“Thankfully, the club have given me that confidence,” said Rodgers.

“Initially, when you come in, you impose your way on the first team, and help the coaches and their work, but over time, fundamentally, we would like the whole team to follow those principles.

“Our game has always been based around a playing style at the top level, about being in balance, and through all aspects, so you defend well, press well, have possession of the ball, and counter-attack.

“So we’d hopefully synchronise a style of football throughout the club, and when you have a manager for a longer period of time, that helps.”

Asked whether that would lead to “creating a Leicester way”, Rodgers replied: “Yeah, absolutely, and that’s the exciting part.”