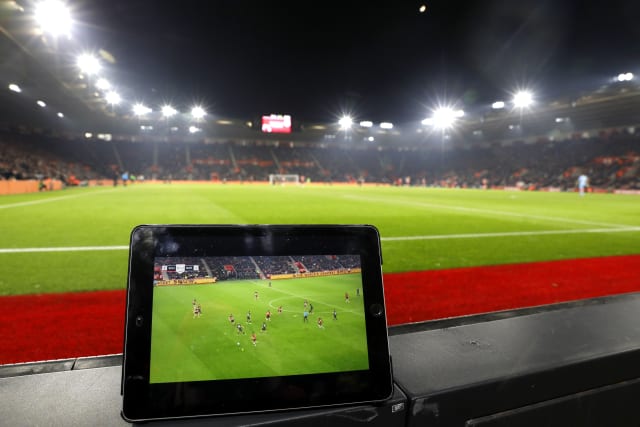 Amazon Prime has declared its first foray into the Premier League market a success, saying its coverage of the midweek programme was one of the biggest ever streaming events in the United Kingdom.

The streaming giant made its debut in English top-flight football this week by showing all 10 matches.

Amazon said the biggest day ever for Prime sign-ups in the UK was set on Tuesday before the record was broken 24 hours later.

A six-game fixture list on Wednesday included the Merseyside derby between Liverpool and Everton at Anfield and Jose Mourinho’s return to Manchester United as Tottenham manager.

“We are excited to be the first ever broadcaster to bring fans all 10 games live in a fixture round.

“We are thrilled and humbled by the positive response from Prime members not only to the production and streaming experience, but also the innovations we have introduced, such as integrated live match stats and highlights through X-Ray plus the ability to experience commentary-free stadium atmosphere.”

Amazon Prime members were able to watch the action online on hundreds of devices using the Prime Video app.

Customers tuned in on mobile devices, tablets, via games consoles, smart TVs and through systems like BT TV, with non-members able to start a 30-day trial.

As well as the six games on Wednesday, the Crystal Palace-Bournemouth and Burnley-Manchester City games were broadcast on Tuesday and the Arsenal-Brighton and Sheffield United-Newcastle matches were shown on Thursday.

Amazon’s next Premier League action is a nine-game programme on Boxing Day, which will start with Tottenham v Brighton at 12.30pm and finish with the clash between title rivals Leicester and Liverpool at 8pm.

Across the two rounds, Amazon says it has over 350 cameras in Premier League stadiums, more than 2,000 camera operators, editors, sound engineers, directors, mixers and producers and over 70 on-screen talent to analyse, commentate and host the programming.