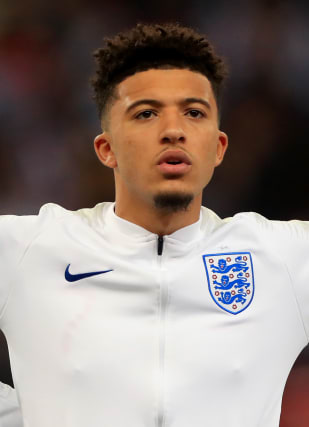 Chelsea are back in recruitment business after the Court of Arbitration for Sport (CAS) lifted their two-window FIFA transfer ban.

Frank Lampard has admitted Marcos Alonso has been overlooked recently simply on selection, leaving the Spanish full-back’s Stamford Bridge future up in the air. Emerson Palmieri has featured at left-back, while boss Lampard has otherwise opted to shift Cesar Azpilicueta across from his more natural right-back role. Chelsea have been heavily linked to Leicester defender Ben Chilwell as the man to solve their left-back situation.

Dortmund would demand a big-money fee to allow the 19-year-old England forward to return to home shores. While Sancho has appeared unsettled this term, Chelsea would have to stump up a hefty fee to bring him to Stamford Bridge next month. A possible long-term replacement for Eden Hazard, who left Chelsea for Real Madrid last summer.

Another option should Chelsea be seeking something approaching a replacement for Hazard, whose Madrid move could net the Blues as much as £150million. The 27-year-old Zaha has made no secret of his desire to leave Palace in search of Champions League football, and ought to be approaching the peak of his career. Palace will be hugely reluctant to lose their prize asset however, leaving any suitors under no illusions to the size of fee required.

The 19-year-old son of Alf Inge Haaland is lighting up European football with his free-scoring first season at RB Salzburg. The arch poacher already boasts 23 goals in 18 games in all competitions this term, and has won his first two caps for Norway. A clutch of top Premier League clubs are already monitoring his progress and Chelsea would doubtless be interested. Tammy Abraham has excelled with 11 goals and three assists in 14 Premier League appearances this term, and has earned the right to maintain his frontline status. But Chelsea could look to bolster their striking depth, especially with Olivier Giroud out of contract in the summer.

Bournemouth’s Holland defender will be on Chelsea’s radar should the Blues be looking to sign a replacement for David Luiz, who joined Arsenal in August. Ake joined Chelsea aged 16 in 2012 and enjoyed five years at Stamford Bridge before making the permanent move to the Dean Court club in 2017. The 13-cap Dutchman is comfortable on the ball and a calm operator at the back, and would prove a possible smart foil for fast-improving academy graduate Fikayo Tomori.