Ferdinand accuses authorities of not doing enough about racism 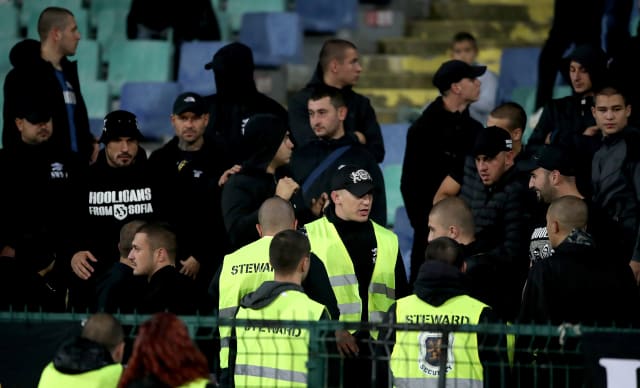 Les Ferdinand has accused world football’s authorities of not doing enough to tackle racist abuse “because it does not affect them”.

Former England striker Ferdinand has claimed the game’s governing bodies have handed out “irrelevant” punishments because they have “never been racially abused”.

Bulgaria were ordered to play two matches behind closed doors – one suspended for two years – after their fans’ racially abused England players in their 6-0 Euro 2020 qualifying win in Sofia in October.

“For me, UEFA, FIFA and all the people involved in this may as well have stood in the stands with those people that were making the Nazi chants, or the Nazi salutes and the monkey chants,” Ferdinand said in an interview with CNN World Sport.

“[They] may as well have stood in the stands with them, for the punishment that’s handed out to these people.

“The people in power can solve this problem if they want to but they don’t really want to solve it because it doesn’t affect them.”

Kick It Out have called for an overhaul of UEFA’s disciplinary process in response to racial discrimination and Ferdinand agrees football’s governing bodies are still far too lenient.

“They can’t (make these decisions) and that’s why the punishment is what it is because they have no idea what being racially abused feels like. So, they hand out punishments that are just irrelevant.”

Former QPR, Newcastle and Tottenham forward Ferdinand has urged the authorities to tackle racist abuse in the same way they dealt with England’s hooligan problem in the 1980s.

“England were kicked out of European football because of hooliganism,” he said.

“After the Heysel disaster, we were kicked out of Europe for five years. Now, I know for a fact it wasn’t a majority of England supporters that were going and causing problems – it was a minority.

Ferdinand has also accused the governing bodies of “passing the parcel” over QPR’s complaint last summer following the racist abuse of their players during an under-18s friendly in Spain.

QPR players walked off the pitch after several members of their side had been allegedly abused by Nerviron players in August.

“What’s happened is we’ve found that different jurisdictions have decided it isn’t their problem,” Ferdinand added.

“UEFA say: ‘It’s not our problem…’ So, no one wants to take responsibility for it, no one wants to say: ‘Well look, this is happening and as a governing body, we need to do something about it. We need to stamp authority’.

“What they’re doing, they’re trying to pass the parcel, so it’s got nothing to do with them. Even our FA are going to pay lip service to this and say: ‘Yeah, we’re right behind you’ but nothing is going to be done about it.”