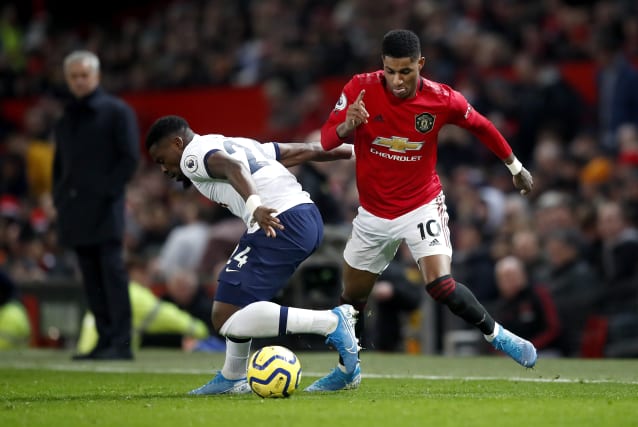 Less than a year after being sacked as background backbiting compounded poor performances, Mourinho returned to the Old Trafford touchline at a time when pressure was increasing on his successor following the club’s worst start to a season since 1988.

The Portuguese received a warm reception at his old stomping ground but Solskjaer’s name filled the air on Wednesday night, when Rashford goals either side of a fine Dele Alli equaliser sealed United a much-needed 2-1 victory against Spurs.

The end of Mourinho’s three-game winning start to life at the Tottenham helm provided a timely shot in the arm for his former club, with a trip to reigning champions and bitter rivals Manchester City coming on Saturday evening.

Solskjaer’s name rung around Old Trafford at the end of a match that started with United on the front foot, with Rashford opening the scoring in the sixth minute after all too easily beating Paulo Gazzaniga.

The Tottenham goalkeeper produced a number of fine stops, including tipping a long-range effort from the 22-year-old onto the bar, as United dominated a first half they ended on level terms thanks to Alli’s beautiful flick and finish.

But a lack of cutting edge – something Mourinho often bemoaned during his United tenure – did not return to haunt the hosts, with Rashford scoring from the spot early in the second half following a clumsy challenge by Moussa Sissoko.