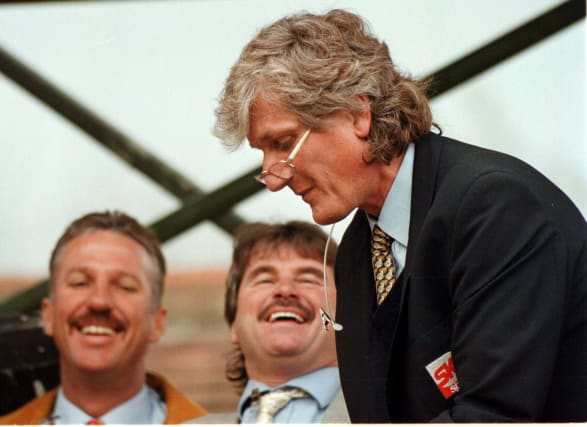 Tributes poured in for Bob Willis after the former England bowler died at the age of 70.

Willis played 90 Tests for England and was a key figure in the remarkable Ashes victory in 1981, before going on to become a popular broadcaster after his retirement.

Another Ashes-winning bowler, Matthew Hoggard, tweeted: “Just heard about Bob! Thoughts go to his family. You will be missed!! RIP”

He wrote: “What incredibly sad news about Bob Willis. A lionhearted bowler, a brilliant pundit, hilarious story-teller and a loyal friend to so many. A major loss to our world. RIP”

England selector James Taylor wrote: “Awful to hear the passing of Bob Willis. I was lucky to work along side him not long ago with @SkyCricket! Brilliant cricketer, very knowledgeable and a lovely guy. #rip”

Willis’ family said he had died “after a long illness” in a statement released on Wednesday.

He is England’s fourth-highest wicket-taker in Tests, having claimed 325 scalps in his 13-year international career, behind James Anderson, Stuart Broad and Ian Botham.

Warwickshire, the county where he spent most of his playing career, tweeted: “Warwickshire CCC is deeply saddened to learn that former captain and fast bowler Bob Willis has passed away at the age of 70.

“The thoughts of all Bears are with his family and friends.”

Surrey, another of his former counties, tweeted: “All at Surrey County Cricket Club are devastated to learn of the passing of former Surrey and England bowler Bob Willis.

“Our thoughts are with his family and friends at this time.”

And the England and Wales Cricket Board said the sport had “lost a dear friend”.

From the world of football, former England striker Gary Lineker tweeted: “Saddened to hear that Bob Willis has died. One of our greatest fast bowlers. Met him on many occasions and he was always great company with a sense of humour that was as sharp as his bowling. #RIPBob”

And Stephen Fry, the actor, writer and cricket fan, said: “Oh no, not Bob Willis… what joy he gave, and what a marvellous man. That 8 for 43. Used to lunch with him occasionally to talk cricket, Wagner and Bob Dylan, his three great passions.”