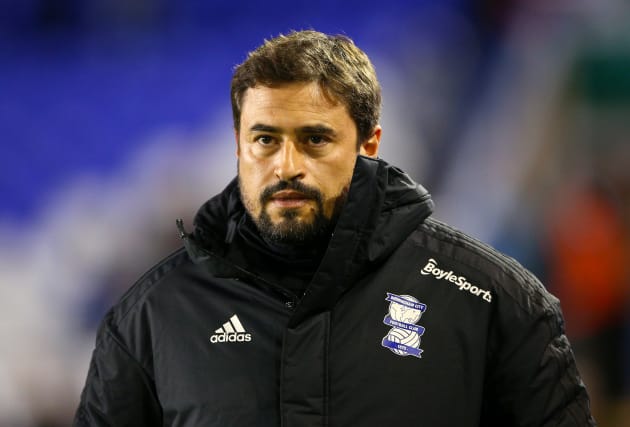 Birmingham have handed Pep Clotet the title of head coach on a permanent basis after six months in interim charge.

The Spaniard took over from Garry Monk in June – a move that prompted the now-Sheffield Wednesday boss to criticise his former assistant when the two sides met last week.

There were rumours over the weekend that Birmingham were looking to replace Clotet with Mark Robins but instead it is the 42-year-old Spaniard who has been confirmed in the role.

“Pep has shown his coaching expertise, man-management and leadership skills, allied to exemplary professional conduct, that can help take the club forward,” a club statement said.

“We have a clear vision of what our footballing philosophy needs to be and Pep and his staff have begun to implement that in a short space of time.

“He has also brought out the best of, and trusted in, our young players. This is another important part of our strategy. The club must be together as one, with the same togetherness and ethos through from the Academy, the Under-23s to the First Team.

“We trust that our supporters will continue to get behind Pep, the coaching staff and the players, all of whom are passionate about bringing success to Birmingham City and have the club’s interests at heart.”

Clotet has guided Birmingham to 15th place in the Championship after 19 games of the Championship season, six points outside the play-off places and nine clear of the drop zone, while working with a squad considered to be in transition.

They drew 1-1 at home to Millwall on Saturday, days after a midweek 1-1 draw at Sheffield Wednesday exposed old wounds relating to Clotet’s initial appointment and Monk’s departure.

Clotet was brought to the club by Monk in March 2018, having previously worked with him at Swansea and Leeds before taking the top job at Oxford in 2017.

But the pair fell out when Clotet agreed to step up following Monk’s sacking in June, leading Monk to say it was an “error of judgement” to work with him before snubbing the post-match handshake.

Clotet responded by saying he did not understand Monk’s actions.

“With Garry, together we had five fantastic years,” he said. “I think he grew thanks to my experience and my influence, and obviously he helped me a lot.”