Aguero scores every time – I must do the same, says Jesus 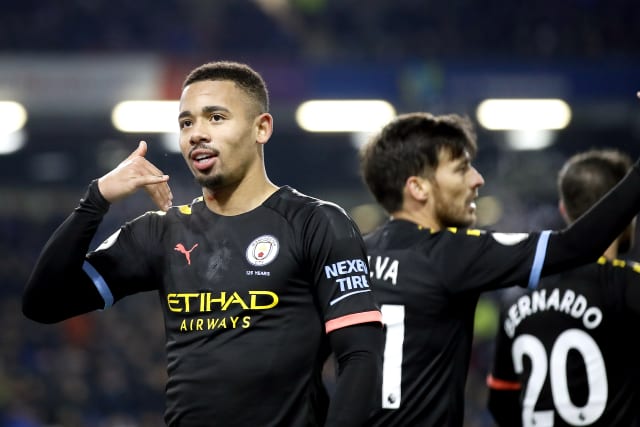 Gabriel Jesus accepts playing the Sergio Aguero role will require him to score more goals after his superb double for Manchester City at Burnley.

The Brazil striker curled in a brilliant opener and then smashed in a volley as the champions eased to a 4-1 Premier League victory at Turf Moor on Tuesday.

Jesus is currently leading the City line in the absence of injured record goalscorer Aguero, who will also miss Saturday’s derby against Manchester United.

The 22-year-old’s goals ended a wait of nine matches for him to get on the score sheet but he has largely had to play second fiddle to the prolific Aguero.

Jesus said: “I know my qualities – I know I can score. I have to score when I play. Sergio scores every time. That is my ambition. I want to play and score every time.”

City had gone into the game trailing leaders Liverpool by 11 points after a frustrating draw at Newcastle last weekend.

Yet there were no signs of lethargy as they completely dominated against the Clarets. Jesus opened the scoring after 24 minutes when he raced on to a David Silva ball and curled past Nick Pope.

He volleyed in a Bernardo Silva cross from six yards to double the lead early in the second half and the impressive Rodri added a third with a thunderous strike on 68 minutes.

Jesus said: “It is a confidence (booster) for us. This time the Premier League is so difficult.

“Liverpool are now eight points in front of us. We have to play all the matches like a final to win.

“We knew this game was going to be difficult, we know this when we come to play against Burnley but we played good again.”

Aguero, who watched the match from the stands, tweeted:  “Great work team! Let’s keep it up.”