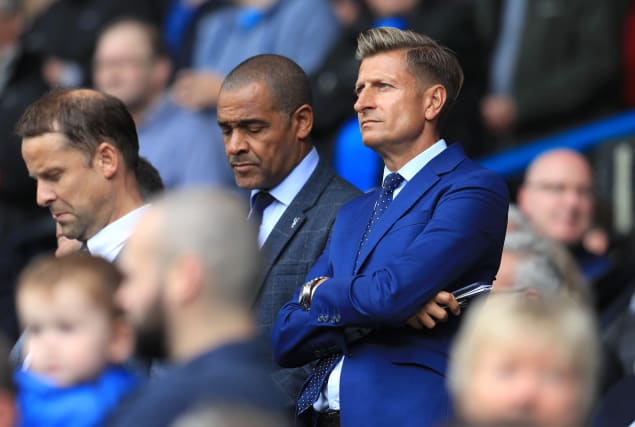 Crystal Palace boss Roy Hodgson is unsure how much money the club will have to spend in January.

The 72-year-old, speaking ahead of Saturday’s game at Burnley, said he is in constant dialogue with chairman Steve Parish over the business he wants the Eagles to complete in the winter transfer market.

But Hodgson admitted there are many factors surrounding whether they can get the players they want and owners David S. Blitzer and Joshua Harris also have a big say.

“It’s a conversation between Steve Parish and the two American owners, that I don’t have quite so much contact with,” Hodgson said when quizzed on Palace’s transfer budget.

“My contact is with Steve and Steve has the contact with the owners and I then get what they are thinking back through Steve.

“I know exactly what Steve would like to do and what he would like to put before us; myself, Dougie (Freedman) and the people trying to work out where these players are and the right ones to bring in.

“But if you really want to know the details of what that is looking like in terms of a pot of money, then you would have to speak to Steve. I can’t tell you.”

Hodgson has made no secret of his desire to sign another forward and more options at full-back, especially with Joel Ward set for a lengthy spell on the sidelines with a knee injury.

“And we do think we need another forward who can help us with the forwards we have. That was the case before the summer transfer window and it definitely remains the case now.

“Whether or not we are going to be able to find those people and have the wherewithal to bring those players in, that’s something I’ll have to wait and see.”

Palace only completed five signings last summer and two were free transfers and one a loan addition, but Hodgson refused to criticise those involved in the process.

He added: “There will be a lot of clubs where people who make the decisions regarding recruitment will have their ideas, goals and aims.

“And there is often a big gap between having those goals, aims and targets and bringing those targets to the club and getting those players signed.

“It’s about availability because you don’t always know when the players you want will be made available and then the money has to be made available. They are the two things that have to gel together.

“I expect our recruitment team to do their work in that respect and not give me names that aren’t available and they have some idea of what the cost will be, and it will be up to the owners to decide if they want to invest in those players.”