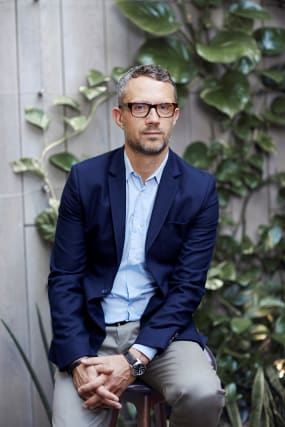 The Premier League is facing yet another search for a new chief executive after David Pemsel withdrew from the role following “media disclosures” about his private life.

Pemsel resigned on Friday ahead of taking up the position in February following allegations in a newspaper concerning text messages sent to a former colleague. Richard Masters will continue as interim chief executive.

A statement from the Premier League read: “Following media disclosures earlier this week and discussions with David Pemsel, the Premier League has today accepted David’s resignation and he will no longer be joining as chief executive. No further comment will be made at this stage.”

Pemsel’s resignation has left the organisation looking for its third boss in little more than a year, first choice Susanna Dinnage having decided to remain at media company Discovery.

It was only last month that the Premier League announced Pemsel would join from the Guardian Media Group. It had hoped his strong broadcasting background, having also served as marketing director at ITV before moving to the Guardian, would help it continue to thrive in a changing media environment.

Chelsea chairman Bruce Buck, who was involved in the recruitment process, at the time praised the 51-year-old’s “straightforward style and personal integrity”.

When he was appointed, Pemsel, a Chelsea fan, had described himself as “thrilled” and “excited” to be joining the Premier League. He said he was “honoured to take the helm of such an influential and prestigious organisation”.

The Premier League’s long-serving executive chairman Richard Scudamore, who drove its huge commercial success over the last 20 years, helping secure a series of lucrative domestic and overseas television deals, announced his intention to stand down as long ago as June 2018.

However, after two ill-fated appointments, the position remains embarrassingly vacant.

Dinnage, the global president of the Animal Planet channel, was the first chosen candidate last November following a global headhunting process. She stepped down less than two months later citing a change of heart, opting to return to her old post.

BBC Studios chief executive Tim Davie was in January also reported to have turned down the opportunity.

Pemsel will also not be continuing in his role at the Guardian Media Group, who confirmed the appointment of Anna Bateson as interim chief executive.

A spokesperson said: “We would like to express our gratitude to David for his leadership during an extremely important period for the organisation.”