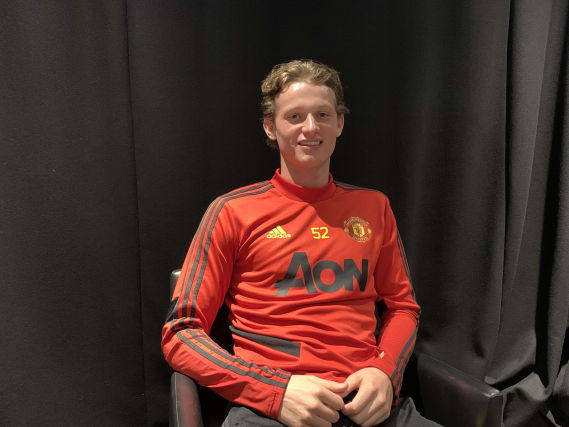 Former Manchester United manager Jose Mourinho has hailed Max Taylor as an “inspiration” after the teenager’s recovery from cancer.

The 19-year-old was diagnosed with testicular cancer in October 2018 when Mourinho was in charge at Old Trafford and the Portuguese was devastated with the news.

Following surgery and extensive chemotherapy, after the disease had spread to his lungs, Taylor has made it back and was an unused sub in United’s 2-1 Europa League defeat to Astana on Thursday night.

It was the defender’s first appearance in the senior squad and completes a remarkable story.

Taylor has spoken of Mourinho’s support following the initial diagnosis and the Portuguese’s heart is warmed by the outcome.

“It was not me, it was everybody at the club, it was a big shock for us at the time,” Mourinho, now in charge at Tottenham, said.

“Very sweet kid, fantastic young professional and when we had the news, everybody was in shock, but I think the first one to motivate everyone at United was him.

“I think he was the one that motivated all of us.

“You know he won the biggest match of his career, so everybody is happy.

“It is an amazing story and maybe an inspiration for other young people who will find a similar situation.

“Absolutely beautiful, and the fact that Ole (Gunnar Solskjaer)and the staff at the club, they helped him arrive in this beautiful situation, apart from obviously the medical situation, the support situation they offered him, they deserve to earn that opportunity. It’s amazing.”