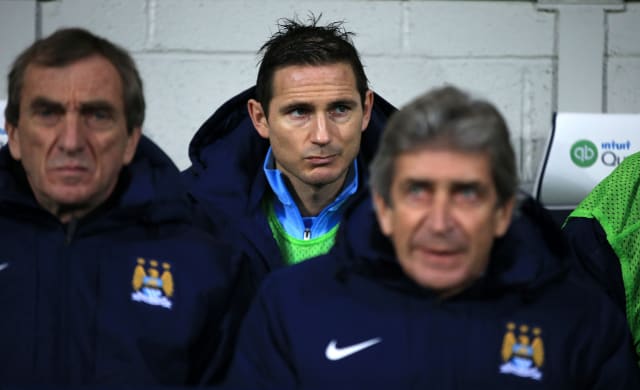 Manuel Pellegrini believes Frank Lampard’s spell under him at Manchester City helped shape his style as a manager.

After 13 glittering years at Chelsea, Lampard wound down his Premier League playing career with a season at City before his eventual move into management.

Pellegrini will face his former player in the dugout when he takes his West Ham side to Chelsea on Saturday.

He said: “When you want to be a manager you must want to learn as much as you can.

“For Frank Lampard it was a very good experience for his career not to have been always at Chelsea. I know he started with West Ham, but for the most part of his professional career he was at Chelsea.

“To go to Manchester City, to see another way of playing football, that helped him to improve as a manager and I’m very happy for him.”

Lampard made 38 appearances under Pellegrini, mostly as a substitute, and scored eight goals as City finished second in the Premier League.

“For me he was a very intelligent player, he knew exactly the moments inside the pitch, like arriving in the opposition box at the correct moment,” added Pellegrini.

“Because that is not just about running, you must arrive at the correct moment, in the correct space. He was always demanding a little bit more from himself, so he made a great impression.

“As a player I knew him before he came to Manchester City, but as a person I was very proud to work with him.”

Pellegrini, whose side are winless in eight matches, will be without Issa Diop through suspension at Stamford Bridge, so Declan Rice could drop back to central defence.

Goalkeeper Lukasz Fabianski is still injured and Pellegrini must decide whether to stick with error-prone back-up Roberto or give third-choice David Martin a chance.