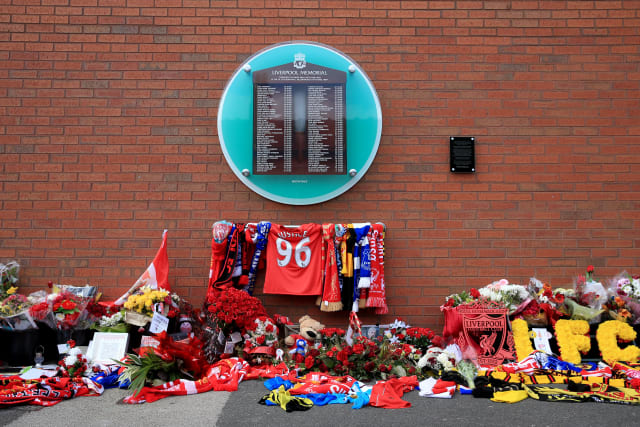 Liverpool manager Jurgen Klopp has assured the families of the 96 Hillsborough victims the club will always support them.

On Thursday the 1989 FA Cup semi-final’s match commander David Duckenfield was cleared of the gross negligence manslaughter of Reds fans who died at Sheffield Wednesday’s ground.

Margaret Aspinall, whose 18-year-old son James died in the disaster, labelled the decision “a disgrace”.

“The most important thing is our thoughts and love is with the families and we are there for them,” said Klopp.

“It is a big disappointment, a big frustration and sadness, of course, that this looks like the final verdict.

“I understand and respect a lot how much they fought, how long they fought, and it shows how much it means to them. But we are there for them, 100 per cent.”

Former Liverpool player and manager Kenny Dalglish, who was in charge of the team at Hillsborough and for whom the disaster took a huge personal toll, added his backing.

“Like anyone who has seen at close quarters the dignified way that the families have conducted themselves in their fight for justice, (my wife) Marina and I are hugely disappointed by Thursday’s verdict,” he tweeted.

“We had hoped that the families would get the outcome that they wanted and that they clearly deserved, but that hasn’t proven to be the case.

“The rest of us must now continue to offer whatever support they might need.

“From a personal point of view, I am immensely proud of everything that the families and their supporters have achieved over the last three decades.

“In the face of tragedy and with so much against them, they have persevered with the utmost integrity and in a way that shames all who have let them down.

“I know there cannot be any consolation in a situation like this but I would hope that they can take some comfort from the fact that so many good people will still stand beside them.”