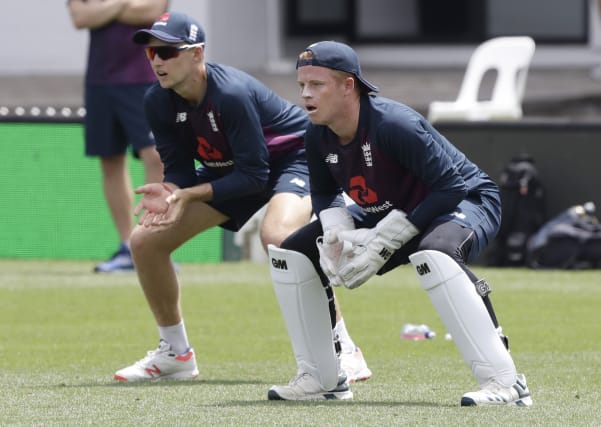 England team director Ashley Giles insists Ollie Pope is a strong option to take the gloves if Jos Buttler is ruled out of the second Test against New Zealand.

Giles admits it will be a significant blow if Buttler succumbs to the back injury sustained in the gym but believes rookie Pope is a capable deputy despite having only kept wicket in five first class games.

“Ollie is in the team as a batsman firstly but if he gets the opportunity to keep he is a wicketkeeper and we have every confidence he can do the job,” Giles said.

“It’s disappointing for Jos and for Joe Root, but we’ll be fine. When you have injury worries it’s a great opportunity for whoever comes in to do some good stuff for England.

“We’re got a really big winter coming up with South Africa and Sri Lanka, so we need some individuals to get some confidence.”

The second Test begins in Hamilton on Thursday night with England looking to atone for their innings defeat in the series opener.

“We hope we’ll bounce back. The first Test was disappointing,” Giles said.

“This Test series was a chance to try slightly different things. We’ve done that but there were moments in that first Test when we could probably have taken more control of the game.

“But we didn’t and you see what happens if you miss those moments.

Giles insists Jofra Archer is eager to play the second Test after being the victim of racist abuse on the final day of the innings defeat at Mount Maunganui.

“Jofra is doing fine. Racism is something we don’t want in any game, team or environment. It was disappointing that we’ve seen that in New Zealand,” Giles said.

“Jofra will get on with his cricket and the team has been rallying around him. He’s fine and is looking forward to getting on with the second Test.”