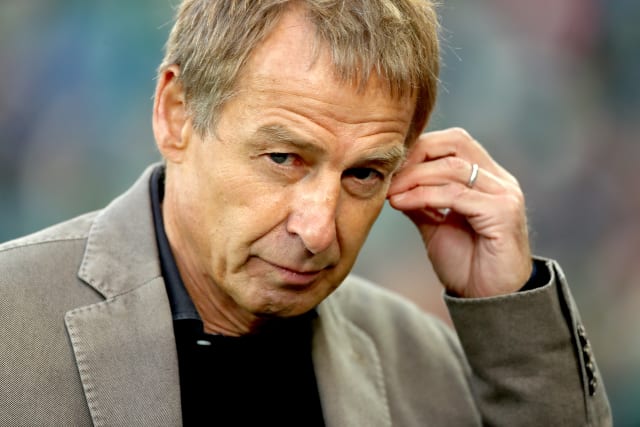 Jurgen Klinsmann has returned to management after being appointed Hertha Berlin head coach until the end of the season.

The Bundesliga club confirmed Ante Covic had left by mutual consent after discussions with sporting director Michael Preetz, with the team 15th after 12 matches.

Former Tottenham striker and Germany national team boss Klinsmann had joined Hertha’s club board earlier this month, but will now step up to take charge of the side.

Covic, 44, departs following a lengthy association with the Old Lady, which included a spell as a player in addition to several coaching duties.

Sporting director Preetz told the official club website: “It was an extremely difficult decision for us, because Ante has been part of Hertha for more than 20 years.

“We regret that it has come to this, but ultimately, in terms of development and recent results, we felt there was a need for action.

“I would like to thank Ante for his commitment and in time we will talk to him about alternative ways for him to be involved with Hertha.”

Covic added: “The results have led to this decision. Since Hertha is not just an employer to me, such a decision hurts, of course. But I have always said that this club is more important than individuals.”