Kane-ing his rivals: Harry’s the first to 20 Champions League goals 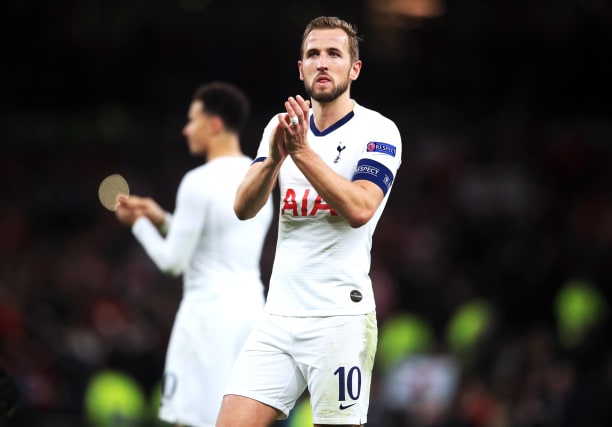 The England captain reached the milestone in just his 24th match after netting twice in Spurs’ 4-2 win over Olympiacos in Jose Mourinho’s first home game in charge.

In doing so, Kane has bettered the achievements of some of Europe’s best-ever hitmen.

Karim Benzema of Real Madrid and Bayern Munich’s Robert Lewandowski sit inside the top five goalscorers in the history of the competition, netting 64 and 63 times respectively.

But Benzema and Lewandowski needed 34 and 36 games respectively to hit the 20-goal mark, making Kane’s achievement all the more impressive.

Kane, who has bagged six times in the Champions League this season, is also prolific at domestic and international level.

He has scored 132 goals in 193 Premier League games for Tottenham, winning two Golden Boots, and 32 in 45 for England.