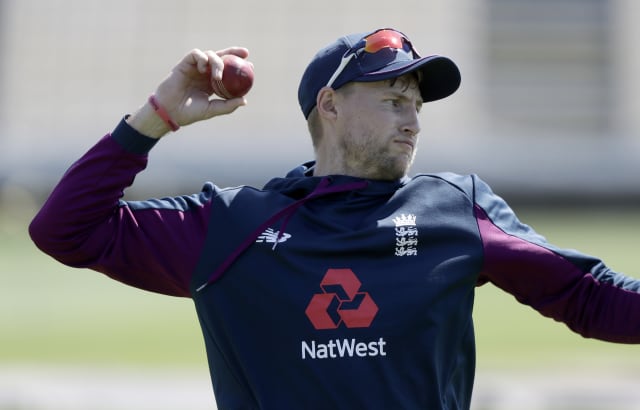 England captain Joe Root believes he is close to rediscovering some fluency with the bat ahead of the second Test against New Zealand and took a little solace from his dismissals in the series opener.

On both occasions in the innings thrashing in Mount Maunganui, Root fended at deliveries he could have left alone and his meagre contribution of 13 runs means he is averaging only 27.4 in 10 Tests this year.

Root has therefore dropped out of the top 10 in the International Cricket Council’s Test batting rankings but the Yorkshireman is optimistic a big score is just around the corner.

“I’m not far away,” he said. “I’m feeling really good in practice. I know I played two horrendous shots in the last game.

“But in many ways…it’s not a nice thing, but the fact that I’m getting myself out and not being got out, you can deal with that sometimes, as long as it’s not too frequently.

“I’m moving well, I’m hitting the ball well. I’ve just got to keep that mentality in my mind of getting my feet moving, stay busy and just go about my business the way I have for four or five years.”

Root used a brief window in between the end of the Ashes and the start of this two-Test series to make a couple of technical changes with the help of Josh Varley, a friend from boyhood club Sheffield Collegiate.

As he reflected that those tweaks have felt more natural while he is at the crease recently, Root disclosed that he will never tire of attempting to improve his batting.

“It’s felt much better this last week or so – it feels like it’s just clicked in,” he added.

“I will always continue to keep working on my batting. I love it. One of the perks of playing cricket for a living is you get to do one of your favourite things.

“I’m very fortunate to be in the position where I captain England, play for England. It’s the best job in the world in so many ways.”

Root was not the only touring batsman to blame for the heavy defeat at the Bay Oval, where England’s 353 all out after winning the toss was put into context by New Zealand’s enormous 615 for nine declared.

With the tourists unable to bat out the final day, the Black Caps took the lead in the series but Root is banking on a reaction from his charges in Hamilton.

The second and final Test starts on Friday but Root, who reported no issues among his side after 201 overs in the field during New Zealand’s titanic innings last week, is unfazed by the tight turnaround.

“It feels almost like a one-day game in terms of how quick the turnaround is,” he said. “You’ve seen how well that side – there’s a lot of guys that overlap – respond.

“Look at this Test team over the last couple of years and, when we have been beaten, we’ve generally come back well. Granted it’s usually at home. But there’s no reason we can’t here.

“It’s pretty obvious where we need to get better. In many ways there’s quite a lot of clarity there for everyone to go through these two days and put it right straightaway.”

England’s preparations for the Test took a setback with the news head coach Chris Silverwood will fly home after day two following a family bereavement.

Assistant coaches Graham Thorpe and Paul Collingwood will take charge of the team alongside Root for the remainder of the trip before England leave New Zealand next Wednesday.

“The most important thing is that Spoons gets the support he and his family need and deserve at this time,” Root added.

“Everyone is very sad and upset to see that happen to anyone in the group. We’ll cope; we’ll manage.”