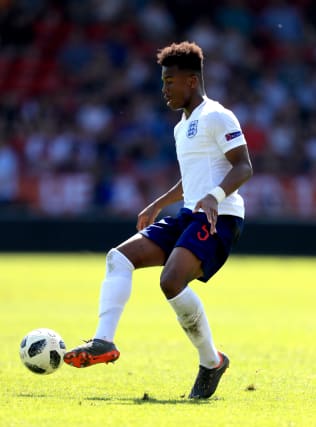 With the Red Devils already through to the knockout stages, manager Ole Gunnar Solskjaer is taking the opportunity to blood some youngsters.

Here, the PA news agency takes a look at the trio.

Described by United’s website as an “imposing centre-back”, 19-year-old Bernard joined the club from Chelsea in 2017.

The teenager has moved up from the under-18s to the under-23s and has made three appearances this season for United’s under-21 side in the Leasing.com Trophy.

Eighteen-year-old Laird is a pacy full-back who has been regarded as a talent to watch for a long time as he worked his way through United’s age groups and he has represented England to under-18 level.

Injury stalled his progress, but Solskjaer said about him last month: “He’s a full-back in the mould that we want: he’s physical, he’s quick, he’s strong, technical as well driving forward with it.”

A creative midfielder who has already been involved with the senior Wales squad, 19-year-old Levitt has been attracting rave reviews for his performances for United’s under-23 side.

He joined United at the age of eight and signed his first professional contract in April 2018.