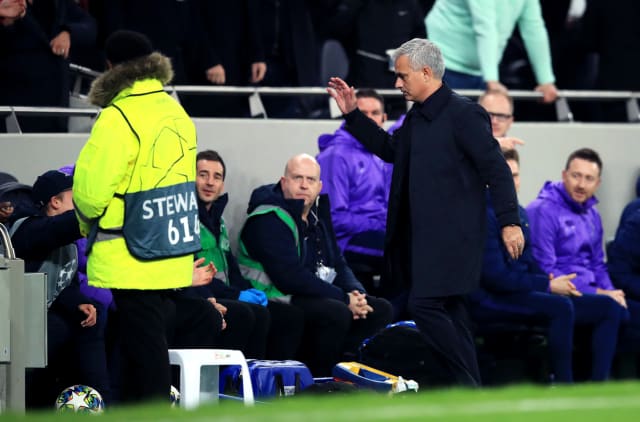 Tottenham boss Jose Mourinho praised the actions of a ballboy who helped ignite Tuesday’s 4-2 comeback win over Olympiacos in the Champions League.

Here, the PA news agency examines the incident alongside four other examples of notable interventions by ballboys.

By retrieving the ball quickly early in the second half, the ballboy enabled Serge Aurier to release Lucas Moura with a clever throw-in and the Brazilian set up Harry Kane to level the score at 2-2.

Referee Aaron Jackson felt compelled to send off all eight ballboys with five minutes remaining at Huish Park after seeing repeated instances of delays in giving the ball back to Bromley players.

Another quick throw from a ball boy enabled Liverpool to book their place in the Champions League final after overturning a 3-0 first-leg deficit. Trent Alexander-Arnold received the ball and his quick corner caught Barcelona napping and allowed Divock Origi to tap home the winner.

Eden Hazard was shown a straight red card for kicking the ball from underneath a ballboy as Chelsea crashed out of the Capital One Cup semi-finals 2-0 on aggregate. The boy had fallen on the ball and was struck by Hazard as the Belgium playmaker attempted to dislodge it.

In an incident beloved by Spurs fans, a ballboy directed his throw straight into the lower midriff of Kostas Louboutis, who winced in pain before glaring at the retreating culprit.