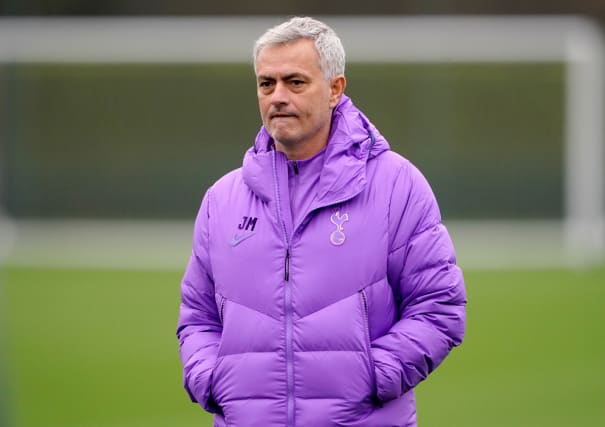 Jose Mourinho has said there is “no chance” of Tottenham signing Zlatan Ibrahimovic.

The 38-year-old, currently a free agent following his exit from LA Galaxy in the last few weeks, has been linked with a move to Spurs given his strong connection with Mourinho.

Mourinho has worked with Ibrahimovic at Inter Milan and Manchester United, but will not be bringing him to the Tottenham Hotspur Stadium.

The Portuguese says it does not make sense when he has Harry Kane at his disposal.

“You are right about the connection, we have more than a connection,” Mourinho said when asked whether he would be trying to sign the Swede.

“We have the best striker in England, we have one of the top two or three strikers in the world, it doesn’t make any sense for a striker of Zlatan’s dimension, obviously in his late 30s, but still a striker that can play in any club in the world.

“It doesn’t make sense to come to a club where we have Harry Kane.”

It has been a hectic first week for Mourinho at the Spurs helm following his appointment last week.

After his unveiling to the media on Thursday, he had his first game 48 hours later at West Ham – which Spurs won 3-2 – and is now preparing for a Champions League clash with Olympiacos on Tuesday.

Given the quick turnaround between Mauricio Pochettino leaving and him getting the job – it was less than 12 hours between the two club statements – Mourinho has not yet contacted Pochettino.

The pair are good friends and the Portuguese is giving his predecessor some space.

“I didn’t (speak to him) because I know what he is feeling,” Mourinho said.

“I have been there and I know that there is a period where the best thing for us sometimes is to process our feelings, to process what happened with us and then in a couple of weeks, two, three weeks then we are open to the world.

“We are open again to embrace the different period in our lives, so I want to respect that, to give that feeling to him.

“But I spoke with his son (Maurizio), who is a player in our youth categories, and I think through his boy he can understand my feelings too.

“And of course I will call him but I want to let him process.

“I also told the players in contact with him to make him feel completely free to come here any time he wants.

“I will contact him when I feel that he has had that space.

“I needed that little bit of space to process things when I left previous clubs. It does not take just five or six days to be open again.

“You take a little bit of time to process things and understand and to think and rethink.

“You speak with people and in a couple of weeks he will be fine and I will call him.”

Part of Mourinho’s remit at Spurs is to do one thing that Pochettino could not do – win silverware.

He returns to the Champions League, a competition he has won twice, against the Greek side on Tuesday, where a point will see Tottenham reach the knockout stages.

Even with Mourinho at the helm, the Premier League club will not be among the favourites to lift the trophy in June.

Still, the Portuguese is not scared of what might be waiting for them in the next round.

“I love the competition as much as everyone in football,” he said. “It’s something that everybody dreams about, to win it. Not everyone has the privilege to be a Champions League winner which I was happy enough to do twice.

“Do I want to win it a third time? Of course, I would love it but I know the difficulties of it.

“But with these boys, I will never be afraid of any Champions League match that comes into our faces.

“I repeat, we need to qualify, that is the focus. I always say that.

“We have to qualify, but, as I was saying, give me time to work, give me time to float my ideas with these boys and I will have no problem at all going to any stadium at all to face any big opponent in Europe or in England.

“We are not going to be afraid of anybody.”