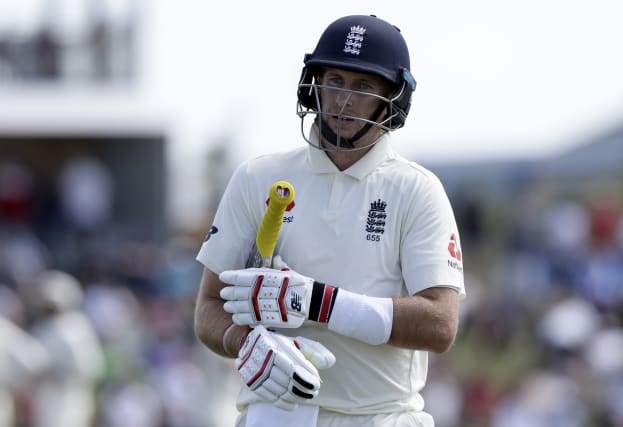 England captain Joe Root accepts that a shift in strategy will take time to implement after they were humbled by an innings and 65 runs in the first Test against New Zealand.

The tourists needed to bat out the final day with only seven wickets in hand, but Neil Wagner’s five-for and a number of puzzling shot selections at Mount Maunganui saw the Black Caps take a 1-0 lead in the two-Test series.

A new era under Root and Chris Silverwood therefore started on a low note and some familiar failings, with both skipper and head coach preaching before the series that patience with the bat was fundamental to their vision as they attempt to improve the Test side’s fortunes overseas.

Yet Root was among several batsmen to fall in tame circumstances in the second innings, where England were bundled out for 197 with 21.4 overs remaining in the day, as the Yorkshireman’s average as captain fell to 39.7 compared to 52.8 when he is not leading the side.

He said: “We want to play in a certain way which has been very different to how we’ve had to play in our conditions over the last couple of years and it’s going to take time, it’s not going to happen overnight.

“Clearly some of the shots were not good. Everyone’s very aware of that. I hold my hand up as well.

“I’ve had a bit of a rough time of it in terms of scores, I’m working extremely hard on it and sometimes it doesn’t always come that easy to you.

“You have to get through difficult periods and go through a little bit of a dip sometimes. The fact that I’m captain at the same time, it’s an easy excuse to use as a player.

“I keep putting the work in and I’m going to have to keep trusting my game because I’ve got a lot in the bank, I know I can do it and I don’t feel like I’m far away.”

England’s first-innings total of 353 all out – in which they slipped from 277 for four to 295 for eight in the space of 21 balls – was put into context by New Zealand’s mammoth 615 for nine declared.

BJ Watling’s epic 205 spanned 473 balls and more than 11 hours, while Mitch Santner’s maiden Test century swung the pendulum decisively towards the Kiwis as England were kept in the field for 201 overs.

England’s willing attack were able to keep the run-rate under control on a flat and slow surface, but even paceman Jofra Archer was not a consistent threat in his first overseas Test, in which he finished with one for 107 from 42 draining overs.

Only in brief patches did Archer get up to the speeds he proved he is capable of reaching during the World Cup and Ashes, something not lost on Root, who urged the quick to show more unbridled aggression.

Root said: “He’s got all the attributes that can be very successful here and he’s got to learn that sometimes you’ve got to make sure every spell counts. You really have got to run in and use that extra pace to your advantage.

“In many ways I can’t fault his effort, bowling the amount he has done throughout this innings shows that he cares and he wants to put in for this team.

“But I think there are certain spells where he can just unleash a little bit more. That will come with experience and time.

“I don’t think sometimes he realises how good he is and what he can do, especially when the wicket does look flat.

“Hopefully he’ll be able to learn from an experience like this one. In many ways I can see it really motivating him and making him a better player.”

Archer was seen riding around on a segway designed for television cameramen less than half an hour before the opening day’s play, leading some to point out he risked injuring himself.

Root added: “I wasn’t surprised but I’m glad that he got off it and he’s not been on it in the last couple of days. I don’t think he’ll be on it in the next Test match.”